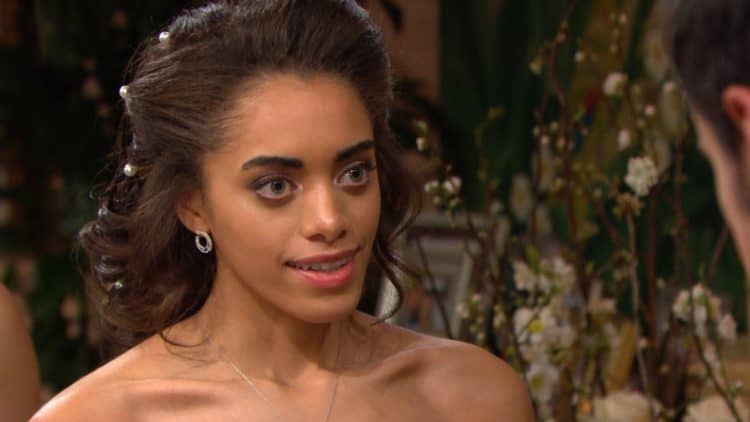 Bold and the Beautiful fans know that most things are not what they seem. Most things around here are not the way that they are meant to be, and many people are not familiar with the way things are going even when we find ourselves familiar with the way things are going. We know that there are so many things that might make more sense if they happened the way that we thought they might happen, but things never really go according to plan around here. We know that the unexpected is often the things that make the most sense, but we rarely see things happen that way. It is not often we see that things are going to happen the way they seem, but we also know that not all of the plot twists around here are what we think. We don’t like them all, and we know that some of the unexpected is just not that good for us to see. Here are our least favorite things that happened when we didn’t see it happening.

We cannot say that we didn’t see this coming. The moment that she realized her beloved son was in love with Steffy, we could have told you something would happen to Liam. The simple truth is that as long as Steffy was still in love with Liam and thinking that she stood any type of chance with him, this is what happens. We know this for a fact because we’ve seen Quinn do this time and time again. We know her, we appreciate her, and we know that she’s living this life without much of a say in anything at all. However, we also know that she’s got some issues to deal with. She’s got a lot going on in her life on any given day, but we were shocked when she not only took him, but she then lied to him about them being married when he didn’t remember himself, and then she actually fell for him. We did not see that coming, and we really just were not big fans of that one at all. It was ugly and not something we thought we’d see happening, and we were not fans.

We may see a theme here, but we have to point out that we don’t necessarily want to see it. You see, Quinn is a problematic person from start to finish. But, we did not see her falling for Ridge. We don’t know why we did not see that, but she was married to his father. We didn’t see him liking someone like her, and we knew that she was pretty much good to go with his dad. But, they shared a few illicit kisses, and they were not too clandestine about it, either. They weren’t too slick about it, but we were shocked that he would be all right with this. That’s his father, and Quinn is basically awful in his eyes. So, we had to say that we were shocked that this happened, and even more shocked that this caused Brooke to leave her fiancÃ© for Bill when she’d done worse in the past — and when he’d done worse in the past, to be quite honest.

Brooke and Her Kids’ Men

We want to throw all of these into this situation because this always shocks us. Perhaps it’s the mother in me — not that my kids are old enough to even consider dating — but I cannot imagine a moment in time in which I would ever want anything to do with my kids’ spouses. I cannot imagine ever finding them attractive or wanting to spend alone time with them or even thinking it’s okay in any state of mind I’m in, so this always blows our minds. These are always unexpected situations that just don’t do it for us, but this is something we cannot imagine. Of course, we also have to go and blame Bill on this one, too, as well as Eric, since they all have a penchant for wanting to date their kids’ spouses, exes, and more. It’s not a good look for any of them, to be quite honest.