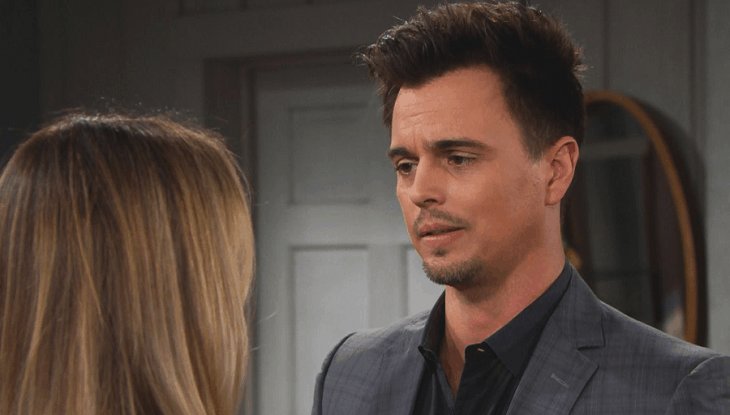 Bold and the Beautiful fans always want to talk about things that have to do with Wyatt. He’s a man who has been in the most interesting relationships with the most interesting women, and yet he has not managed to make a thing work with any of them. We like to think that he’s meant for something greater, and we do hope that something greater is Sally. Though the writers of this show seem to want to make fans miserable by not allowing them to live their own happily ever after. It’s clear to us that they are not the dramatic type, that they don’t want to be like all their family members, and we cannot figure out why they are trying so hard to make these happy people dramatic and over-the-top when it does not work for them at all. They are bold and beautiful, but they are strong and they are easy-going, and they are happy. Why can’t we have that? We’ve seen Wyatt with some serious relationships in the past, and we want to talk about those that we feel have been the most impactful in his life.

Oh, yes. His mother might just be the most impactful relationship he’s ever had. Not in a romantic manner, of course, but in a mother/son relationship manner. She’s always on top of him like it’s her job to run his life while he sits back and lets her do all the dirty work. He does not love that, she doesn’t care, and she will not stop. She has never once been successful in doing things right so that they worked out for him. She’s only ever made his life more complicated, more awful, and less enjoyable, and yet she manages to convince both him and herself that what she thinks is right is right and that she knows how he will be happy and thriving in his life. He’s a classic mama’s boy, and she’s ruining his life. She is the most impactful person in his life, but never in a positive manner.

He did not always know he had a brother, yet here he is with a brother. They are so close, yet they are so far apart. We think that their relationship has been better the past year or so, but it’s been a situation that has not been too good in the past. You see, they both loved the same girl for a long time. They both fell hard for Steffy, and his mother did all she could to make sure Liam was not in the picture anymore so that her darling little Wyatt could have Steffy all for himself. He did, in fact, get to marry her, but she was never happy with him. She always wanted Liam, but she didn’t think she could have him because he left town without a goodbye and left her on her own. She didn’t know at the time that Quinn kidnapped him and held him hostage at her cabin. It was ugly, but Wyatt and Liam have both moved on and found their happiness in other places — which has allowed them to become so much closer.

They are the sweetest couple, and we think that they have made one another a lot better. They seem to have come off of some bad times with other people to find one another and themselves in the other. They bring out the best in one another. They bring out all the good that you are meant to bring out when you are with the one you love. They bring out the many things that are so good about one another, and we love that. We don’t get why the writers cannot let them have that. We need one happy, beautiful couple around here that everyone else can actually just sit back and allow to live their best lives. This is not something we can even handle, but we think that they need to get it together and make this couple stick. They are so good, and we don’t want to see them take the same paths that everyone else has taken in their romantic relationships around this town.