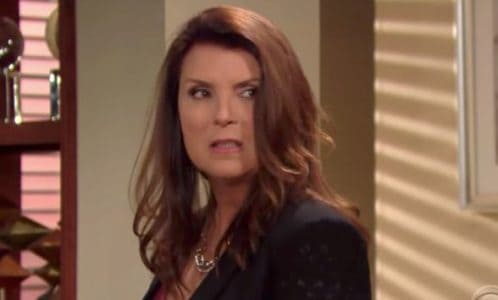 The Bold and the Beautiful spoilers are going to turn things around for everyone. When Sheila came into handle Quinn and the two decided to get into a physical altercation, Sheila was injured. Or was she? She might have done whatever she could to get Eric to take pity on her, and it certainly worked. Now Quinn wants her gone, but Eric feels bad this happened to her and invites her to stay at the mansion while she recovers. Quinn is beside herself when she realizes this is happening. The woman trying to kill her is now being invited to live in her house by her own husband?

Sheila, of course, feels as if this is a wonderful win for her. She’s got a lot on her plate right now, and she’s going to do whatever she can to make sure this is not a temporary situation. She needs this to be permanent so she can stay where she is and be there for her man. In her mind, she’s going to win his heart and his affection, and Quinn’s days in the mansion are all but numbered as she is almost out of her life for good.