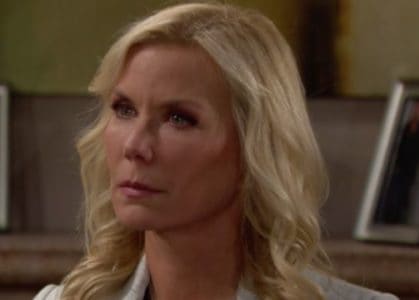 The Bold and the Beautiful fans finally get to see that Brooke is learning of her new life issues. She’s been so focused on herself, her failed marriage, and her new fiancÃ© and his brother who all want to be with her that she didn’t have much time to focus on anyone else. She’s not had much luck with the way things are going for her right now, and she’s not been focusing on the lives of anyone but herself. So when she finds out that her sister is actually having an affair with her stepson, she’s not going to be overly thrilled about the entire situation.

In fact, she’s going to be downright upset. She’s going to talk to Katie about it, and Katie is going to tell her that she and Wyatt are happy and not planning on spending any time apart in the near future. This will do nothing but prompt Brooke, of course, to warn her sister that things will very likely turn ugly. SH will issue a warning for her sister, and she hopes she will listen.

We have a feeling, of course, that Katie will do no such thing. She is happy, and she is going to do whatever she can to keep her life as good as she feels it is right now. She wants to be with her boyfriend, and she is not all that upset that her sister feels otherwise. She might want her support, but she’s not ending it without it.