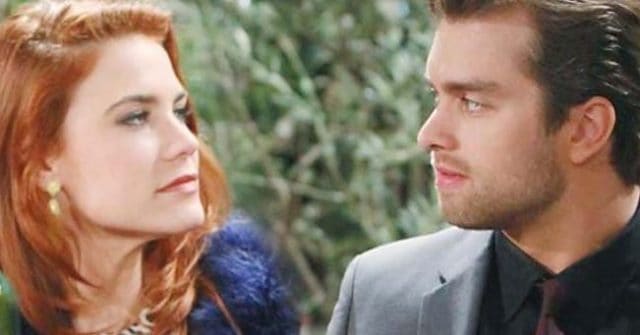 The Bold and the Beautiful brings with it a very passionate declaration of love. Sally Spectra has seen the light, and she would like to know if she can do anything about her issues. The Forresters want her to go to jail for what she did to them stealing their designs and creating a runway show using them before their family could release them. They’ve taken it very personally, and they want to do what they feel is appropriate for her in terms of punishment. But it might not matter, because so many other things are going down in her own life right now. She’s going to stand up in front of a  court of law and tell them that she did steal the designs.

She’d rather go to jail than have her love, Thomas, hate her forever. She’s hoping that admitting what she did, apologizing for it, and making things right will make him see her in another light. She doesn’t even seem to care if she goes to prison. It’s her feeling that being away from him for another day is far worse than going to jail. If he doesn’t forgive her, she will go on her own accord and pay for her punishments. But will he let that happen? We hear he will not allow her to go to jail for him, and we also hear that she will declare her love for him.

Sadly, it won’t matter to anyone else. It won’t matter that they decide to do, because she is not going to be with him. He will not give her another chance after what she did. He loves her enough to know he doesn’t want to see her go to jail, but he doesn’t care if they do anything else in their life. He has no chance of being with her happily the way his family feels about her – and he just can’t forgive her right now. She is someone who lied to him more than once, and he’s not willing to overlook all that. So there is no way they will be together now. But, we do have a feeling this is not something that will last forever. They will be together at some point, and we can’t wait to see what that means for them.