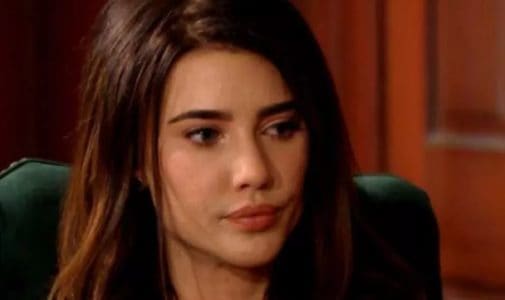 The Bold and the Beautiful fans hear that there is a chance perhaps Steffy might open up to Hope. It doesn’t seem like something we think she should do considering the history that these two have, but they’ve been ‘sisters’ a lot of their lives because of Ridge and Brooke’s relationship. They aren’t the only ones who have been in the middle of their own drama for years to come. They will meet up, and Steffy and Hope will chat. We hear that Hope might think she can help them get back together since they are having a baby and all of that.

But she doesn’t know yet what happened. And we have a feeling Steffy might just open up to her and tell her the truth. Will Hope react well to hearing that her ex’s wife actually slept with his father and then got pregnant, thought the baby might belong to her father-in-law rather than her husband, and then got caught in her lie when she did a paternity test?

So far these two have been good about keeping their problems mostly contained to just a few people, but we aren’t sure that will last much longer. They will eventually need to face the facts that the rest of the world will learn that things are going to happen and they will learn. They will find out, and Steffy might want to get ahead of this rumor before too much longer. It’s the only way to stop it from becoming worse.