Home
Bones
Bones Sneak Peeks: Will Booth Break Up With Hannah…Or Will He Propose? 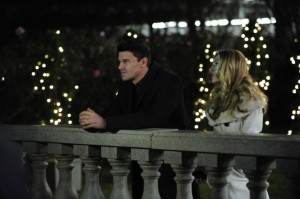 An all new episode of Bones will be airing on February 10. We’ve previously posted promo photos for this episode (view them here), but now FOX has released four sneak peeks, which we have for you below.

In the episode, Booth, Brennan and the squints investigate the death of a BMX racer. At first, it appears that the death was due to a failed stunt, but then Booth and Brennan start investigating other riders in the circuit. Squintern Fisher (Joel David Moore) returns to help Hodgins uncover evidence from the remains.

If you hadn’t heard, FOX has created an iPad app for Bones, which will help enhance the viewing experience of the show. Additional information about the features of the app can be found here. The app’s features kick in for the February 10 episode.

Check out the four sneak peeks below from FOX and make sure to tune into an all new episode of Bones on February 10!