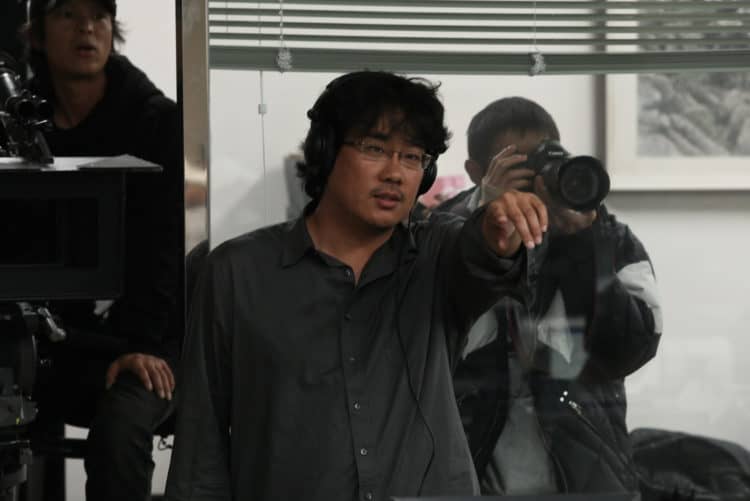 There are visionaries, there are good directors, and then there are guys like Bong Joon-Ho that somehow blow those folks out of the water and yet don’t get the same kind of credit because they come from a smaller talent pool and don’t have their name plastered all over the place on a continual basis. He’s been in the business for long enough to have been there, seen that, and done that, but for some reason it’s likely that you don’t know him all that well and haven’t heard his name as much as others. But rest assured he’s still every bit worth the mention since he’s created a few movies that have been nothing less than awesome when they’ve been fully appreciated by those that watch them. It could be that he’s just the humble kind of person that doesn’t always take full credit for everything, but it seems more likely that he’s just not as flashy as others that are looking to get their names out there.

Here are a few things you might not have known about Bong Joon-Ho.

10. He became a filmmaker while he was in middle school.

Like a lot of people he started young and didn’t give up on his vision as he kept moving forward and getting better with each year. It’d be worth it to see some of his earliest stuff it seems since the progression of a genius is usually kind of nice to take note of.

That’s a bit of an understatement since if you look at the list of awards he’s managed to win you might feel your eyes widen a bit considering that the list doesn’t seem to end for a while. This is a guy that people can’t help but recognize when they finally realize who he is and what he contributes to the business. He goes all out when it comes to doing his job and it shows.

8. He tends to create socially and politically conscious movies.

In other words he makes you think when he’s making his movies and for some people this might be kind of a drag since they just want to be entertained and allowed to shut their mind off. But with his movies you need to be a bit more on the ball to understand certain things since they do make a good bit of sense even if you have to deduce what’s coming next.

To think he’s been doing this since he was a kid is insanely impressive since it means that he’s just been getting better and better with each and every year and with each project he keeps rolling out for the general public. One has to wonder at this point which movie he’s most proud of, if he can list just one.

Yep, you read that correctly. Forget the millions upon millions that other people are worth, this guy has hit the billion mark and gone well over it. That in itself is an accomplishment that a lot of people in the world can’t rightfully boast since for all their millions it still kind of pales in comparison to this. And yet he seems to live like just the average person, for the most part.

5. He comes from a very artistic family.

A person can have a huge advantage in life if their family has the same kind of artistic lean that they do since they can feed off of it and get feedback that’s so desperately needed throughout their lives, all but insuring that they’ll continue forward with their passion and do far better than if they had no one to rely on for encouragement.

4. He majored in sociology while in college.

Despite the fact that some people look down on this discipline with disdain sociology is still fairly important since it allows us to study people from a different perspective and thereby come to a better understanding of what motivates individuals and society in general.

3. It doesn’t appear that he has a big presence on social media.

If he is prominent on social media it’s hard to divine since he doesn’t seem to announce it quite as much and he certainly doesn’t seem to be the type to post every last thing that he does on a daily basis like so many others.

2. He directed and wrote Snowpiercer.

Some folks still don’t know about this movie but it’s actually quite interesting as well as action-packed since when you shove a small civilization onto a train and divide them by class you’re going to eventually have an uprising on your hands.

1. He wrote, produced, and directed Okja.

This is one of the many movies that’s been paraded around in front of the public and been highly praised in recent years and it’s not too hard to see why since it’s a rather touching story.

That net worth though, wow.