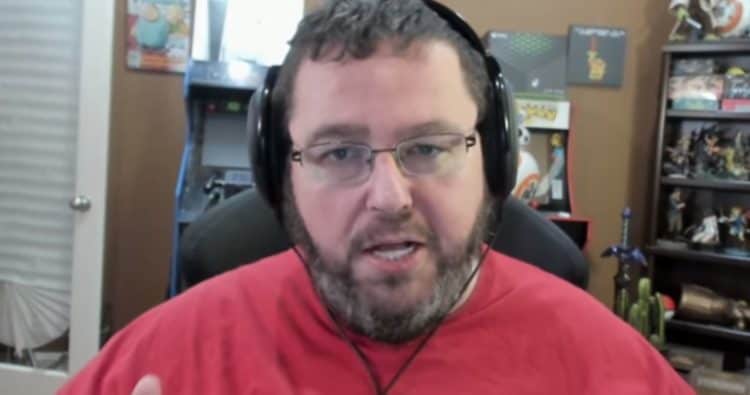 Anyone who goes by the name Boogie2988 just sounds like a person who has an interesting situation. This is very true for the man who does go by the name Boogie2988. He’s a man who spends his days on YouTube creating content that varies from rants about video games to what he refers to as nerd culture, and he has a lot to say. He’s not someone everyone knows for good reason, but it seems that he’s been in the headlines a lot lately for reasons that aren’t related to his online presence. Now, fans and those who’ve never heard of this guy want to know more.

1. He is From Virginia

Steven Jay Williams is the birth name of Boogie2988. He was born and raised in a small town called St. Paul, Virginia, on July 24, 1976. He spent his entire childhood there living with his mother and father and his two older siblings. His mother was a teacher, and his father was a coal miner, which is a job very common in that area of the country.

2. He Describes His Childhood as Sad

3. He Suffered Abuse as A Child

His mother was a teacher, but she was not a mother who was good to her son. He’s accused his mother more than once of physically and verbally abusing her. He claims this happened most of his childhood and that it is a large part of the reason that he was so unhappy as a child.

4. He Did Not Graduate College

Steven Jay Williams tried college. He did not make it, though. He graduated from high school and was enrolled in the University of Virginia’s College at Wise, but dropped out. For whatever personal reasons, he did not feel that college was for him. He moved to Arkansas, and he thought perhaps his life would improve. It did, but it only improved for a short time.

Back in 2017 at the same time his marriage was falling apart, he was able to go into the hospital for gastric bypass surgery. He was obese his entire life, and he knew he needed to do something about it. His health was dependent on him losing weight and living a healthier lifestyle. He went under the knife in August 2017.

He is a man who cannot seem to keep a relationship in his life. His personal relationships are filled with controversy and with a lot of unhappiness, and the same could be said of his former marriage. He met a woman online and married her in October of 2013. They announced their separation and impending divorce in 2017. Their marriage was officially terminated in October 2018.

8. There’s a Warrant for His Arrest

It seems that Boogie2988 is wanted by police, and no one knows exactly why. There is some speculation as of May 2021 that he is wanted for pulling a gun on another YouTube star and potentially making threats against the other person. As far as we know, he has yet to be arrested.

He might not have a life that he is happy with more often than not, but it seems that he is at least financially secure. His estimated net worth is something like $2.5 million from his YouTube channel alone. This is a lot of money, and it appears that it is also a good reminder to those who are interested that money does not buy happiness.

10. He is Famous for Controversy

This is not the first time that Boogie2988 has been in trouble with the law. He’s had a long list of controversial accusations thrown his way. He’s well known for being the man who does what he feels he needs to do despite the fact that he knows it might not be the best option.