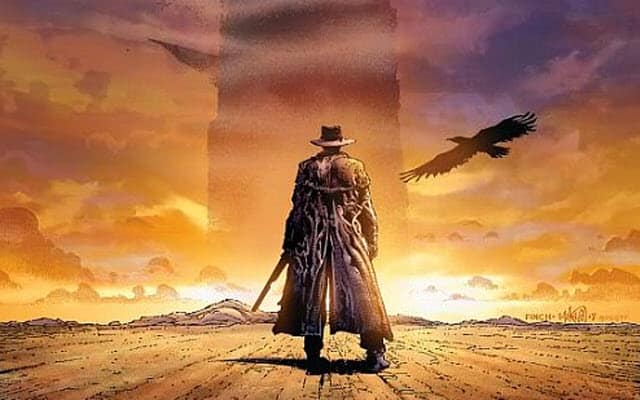 Not sure if anyone of you have noticed lately, but a lot of great TV has come from book series’. From Game of Thrones to True Detective,Â it seems anytime someone mines a really well written book series, they end up with a really well written (and darn good) TV show. Â And once you start thinking about all the centuries of amazing fiction out there, you realize that book series are just perfect for mining for good ideas. So with that in mind, here are five book series that would make great shows.

The Chronicles of Preydain (The Book of Three) by Lloyd Alexander

I know some people grow up with Lords of the Rings, and some people grow up with Chronicles of Narnia. But I grew up with the book of the three, and it blew me away. Perhaps pre-Game of Thrones, people would think this fantasy epic would not be adaptable, but now we know better. Featuring young hero Taran (and the evil horned king and his zombie army), this show could potentially speak to a slightly younger crowd than G.O.T, but could be as successful.

With a second book in this series already out, and one more planned, this could be a series that really blew some minds. Centered around a girl who overdoses and dies (on marijuana, by the way) and ends up in Hell, only to find out it is not quite what she was taught to expect. Damned, Doomed, and the next book in the series could be adapted to Showtime or HBO (or even Netflix) and blow some minds with its satirical look at pop culture, tweens, and religious ideals.

Locke and Key by Joe Hill

The funny thing about this spectacular comic series is that a pilot episode has already been shot, with multiple networks passing on it. Stupid move, guys. The cult of fans who read this series are fevered, and it might be one of the best fantasy stories written in the last ten years. Yes, I just said that. Focusing on the Locke family as they slowly figure out that their house has some keys that open some doors they probably shouldn’t, this would work on a horror and a fantasy level. Here’s hoping someone is smart enough to pick this show up. Also, do you know who Joe Hill’s Dad is? Look one entry down.

The Sandman by Neil Gaimen

I know the real rumor right now is that this may be being made into a movie with the help of one Joseph Gordon Levitt, but two hours is not enough time to mine this amazing character and this amazing world. Give us a show about the master of dreams and the amazing locals and insane characters he meets. Make sure it is on cable or Netflix so the show can pull off some of the darker stuff, and just watch the ratings go through the roof. I do this for a living, I know what I am talking about.

So what book series would you love to see be made into a television show? Hit us up in the comments and let us know.