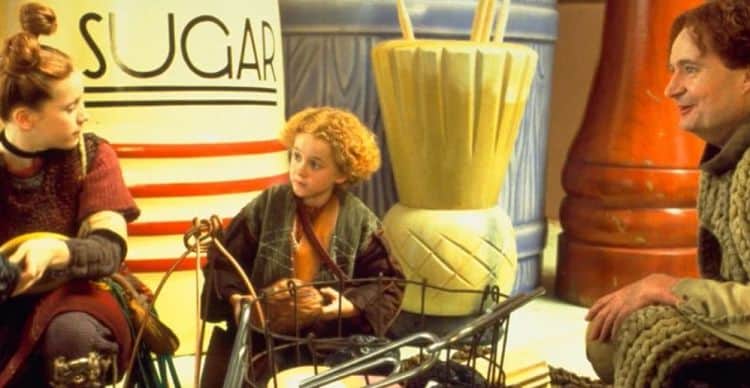 Whether a person is going to be excited for a live-action reboot of The Borrowers is kind of a matter of whether they’ve seen the movie to begin or know anything about the story. Live-action movies such as this have been hit and miss for the most part and while such movies have had some success they’ve also done horribly over the years as well. But in this case, it does feel as though the people in charge might be banking on the advances in technology and the idea that people might have been trying to forget other movies that have used the various techniques that make such a movie come to life. Stories depending on tiny characters have been a tough sell at some points in cinematic history even if the idea is sound enough that people can’t help but like it. A big part is that the filming techniques are a bit rough at times and as anyone should have been able to see by now, the effects don’t always turn out the way they need to in order to make everything look as smooth as possible. In a lot of ways, The Borrowers are simply better when they’re kept in an animated state since things are so much simpler. But the ambition it takes to create a live-action version is hopefully going to pay off since the story is actually pretty endearing to a lot of fans and it’s something that could possibly, if done right, become the type of movie that might a resurgence at some point since there are quite a few stories that might be possible if this can happen successfully.

The need to keep bringing old ideas back is curious despite the fact that some of them might actually be well-received by the audience. With so many ideas being brought back within the last couple of decades it makes one wonder if Hollywood is slowing down, or if nostalgia is just the thing. There are many other explanations, but the latter appears to be the case quite often since more and more older ideas have been brought back into the light and dusted off to see what can be done with them. The Borrowers is an idea that’s been around for decades, and while it’s a fun and engaging kid’s story it does present a person with the question of what other stories we might be able to see coming down the pipeline eventually. One has to remember that there are many stories that people would love to see come back, but only if they can be given the kind of treatment that made them so popular in the first place. The Borrowers is one that’s fairly simple in the telling and shouldn’t require quite as much work, but it’s likely that we’ll be seeing something fairly different from the original story. The update is something that a lot of fans will likely understand since many fans enjoy seeing their favorite old shows and movies updated from time to time in order to help them relate to the characters or the situation.

As of now a lot of people probably remember the 1997 version of The Borrowers that starred John Goodman and Jim Broadbent, and how much hilarity it brought with it. If the coming movie is anything like that version then it will no doubt be updated quite a bit. It’s fair to assume that what we’re going to see is going to be more than a little different, but there’s hope that those in charge will take on the idea to keep a few of the elements of the movie around just for the sake of it, and possibly even pay homage to the other versions of The Borrowers that have come before. After all, it’s usually considered to be pretty nice to make it known that there’s a great deal of appreciation for the ideas that have come before and thus given a basis for the movies of today to build on. It’s kind of odd to think that movies featuring tiny characters haven’t been nearly as popular for a while, but since everything tends to come in cycles, it would appear that this idea is starting to come around again, at least in some manner. It’s going to be interesting to see how the movie will do with a modern audience, but like anything, if it’s entertaining, doesn’t get too crazy, and is able to pull down a few big-name actors, or at least those that are fairly well-known, then it should do just fine.

It’s not really certain when this movie will be headed to streaming or theaters, but when it does one can imagine some folks are going to be pretty excited to see the Clock family once again.