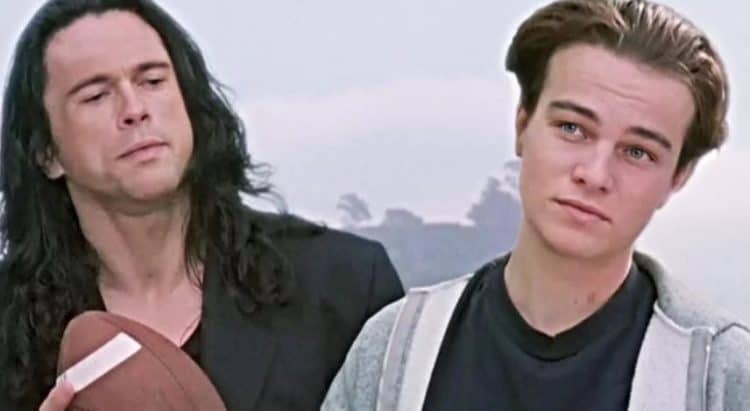 There are times when Deepfake does a great job and times when it’s just flat out disturbing. This is definitely one of the latter times since seeing Brad Pitt’s face but hearing Tommy Wiseau’s voice is enough to give a person chills, and not in a good way. The Room was bad enough that some people found it good, somehow, and at this point it’s become little more than a meme and a great way to spout a couple of catchphrases that are bound to make a lot of people laugh. Watching Brad Pitt and Leonardo DiCaprio’s faces rest on bodies that can’t act and can’t even act NATURAL is just kind of funny. When you watch this movie, if you’re really into self-harm, you might have already figured out just bad a person’s acting really can get. Yet somehow, despite all odds, Tommy Wiseau still managed to get attention for this rolling bomb of a movie.

It’s almost a bit more painful to watch this scene with a well-known face attached to the same bad acting, plus if you haven’t seen the movie before or haven’t seen it in a while you might find yourself squinting at the situation itself. Who in the world doesn’t react at all when someone that they see as a friend tells them that they have a thing for their fiance? And how weird is it to tell the same person that your fiance sees them as a son and a friend? The inconsistencies in this movie are horrible enough without adding famous faces to the otherwise less than apt actors, but of course Deepfake does tend to go all over the place when it comes to giving on movie or another the kind of treatment it does. Don’t get me wrong, it’s funny and it’s definitely worth watching just for the laugh, but overall if you didn’t think The Room could get any worse then this kind of drops it down another level, past hell and possibly towards a place that you can’t help but think is close to pushing out the other side to whatever end you could think of. In fact it might be better if it did so we wouldn’t have to see or hear about this movie any longer.

There was such a wide swath of criticism for this movie that it eventually became something that people started talking about. A movie either has to be insanely good or insanely bad to get that kind of treatment since if it’s somewhere between those two extremes there’s a good chance that it will be talked about for a short period of time before the luster starts to fade and the brightness chips away just a bit in favor of the same old glamour that a lot of movies still have. The Room didn’t even glimmer or shine when it came out, it was a walking dumpster, no fire, just wet and soppy garbage that had a story buried deep down inside if anyone was willing to look beyond the noise and the flapping of Tommy Wiseau’s lips.

I know that sounds mean, cynical, and even targeted at a single person, but unfortunately it’s warranted this time. Something about this movie just felt wrong, off-balance, and even kind of faulty in a way that was never going to be made right no matter how many adjustments were made to it. In a way it almost feels as though Wiseau made it this way on purpose to mess with people and make them think that they were simply missing something, that his movie wasn’t the problem, that their perceptions were. That kind of trickery is delicate though since it involves being smarter than the people you’re trying to fool, which some will claim that Tommy is, but others will look askance at. The fact that this man has actually won a few awards is further proof that art is for the insane and that he’s at least smart enough to fool people into thinking that he’s a genius of some sort.

It’s very easy to bash a movie that many already see as no good, but trying to find any redeeming qualities in The Room isn’t, there aren’t any. If you were hoping I’d say that there are moments when it actually sounds and looks like a professional and well-rendered movie, then I do hate to disappoint but the idea that it’s been allowed to become anything other than a massive flop is further evidence that people are willing to purchase just about anything and watch and listen to just about anything and then convince themselves that their judgement is still sound. In other words, The Room was such a massive flop, as Aja Romano from Vox agrees, that even bothering to look for a bright spot is an act of desperation so as to explain to yourself why you wasted the amount of time it took to watch the movie.