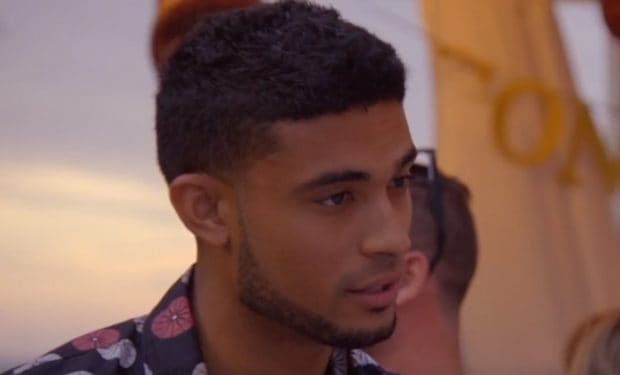 Brandon Gomes is an American reality TV star who is best known for appearing in Siesta Key. He has also worked as a musician and model. Here are ten things about him that you may not know.

1. He Was Born In Sarasota

He was born in Sarasota which is the home of Siesta Key beach. The city is about an hour south of Tampa and is best known for its white sandy beaches. Growing up here meant that he spent a lot of time on the beaches when he was young. Brandon attended Riverview High School alongside a few other members of the Siesta Key cast. The area also has a reputation for having some of the best nightlife in Florida and this is something that he likes to enjoy with his friends.

2. A Family Friend Suggested That He Try Modeling

When he was sixteen a friend of the family suggested that he think about a career as a model. This friend was also a photographer and he offered to take some shots of Brandon as a favor to the family. This helped his career take off and he started working as a model when he was still in high school. This gave him a taste of what it would be like to work permanently in the entertainment industry.

He played football in high school for the Riverview Rams and he was considered to be one of the best players on the team. It was widely expected that he would continue his football career during college. This may have been the course of action that he took had he not already started to work as a model. However, he made the decision to concentrate on a career in the entertainment industry after he left high school and ultimately did not attend college.

4. He Moved To New York To Continue His Modeling Career

His biography on IMBD states that he moved to New York to pursue modeling as a career. This happened as soon as he had graduated from high school. It was a big step considering that he had never lived away from home before. He had been working with Click Model Management for the last two years and they were based in New York. He was also interested in pursuing a career in music and New York also seemed to be a good choice for this. He spent several months there before returning to Sarasota during the winter months.

5. He Has Starred In A Film That Premiered At The Sarasota Film Festival

He played the role of Danny in The First Time Club which made its debut at the Sarasota Film Festival. The film was directed by KT Curan who also wrote the script. Some of the music that he had been working on recently was also featured in the film. This really helped to raise his profile both locally and further afield. It also lead to him getting offers to work on other projects.

6. He Has Been Friends With Alex Kompothacras Since Childhood

He was approached by Alex to star in Siesta Key just as his work on The First Time Club was ending. The first season of Siesta Key was based on Alex’s life on the Key and this meant that he was able to choose which of his friends were also involved in the show. Brandon has been one of the most popular cast members from the beginning and he has starred in every season of the show to date. Fans seem to like the way that he tells things as he sees them.

7. He Has Released An Album

In August 2019 he released his debut album entitled Leftcoast as reported by Bustle. The album features ten tracks and is available for streaming on Spotify. The album cover features Brandon on a beach performing in front of a crowd which may be a nod to how Siesta Key has made people more aware of his musical talents. The album features several different musical styles and shows that he is able to perform a wide range of different types of music,

8. He Is Dating Camilla Catteneo

Brandon has been dating Camilla Catteneo since spring 2018. The couple made the announcement that they were dating via an Instagram post. The relationship seemed to be serious from the very beginning and Camilla made several appearances in the second season of Siesta Key. Brandon was previously dating his co-star Maddison Hausberg and fans of the show named them Bradisson. There are still some fans that would like to see them reunite, but at the moment it looks as if there is not much chance of this happening.

9. He Live Tweets When Siesta Key Episodes Are Airing

As he is watching Siesta Key as it airs, he will often live tweet throughout the episode. This gives fans the chance to interact with him and talk about what they think regarding the drama that is happening on screen. It also gives him the chance to relive things that would have actually happened several months ago that he has not been able to share with his fans until the episode has aired. Some reality TV stars do not like to watch the program back once it has been filmed, but this does not seem to be an issue for Brandon.

10. He Was Once Involved In A Car Accident With Carson Wall

According to TMZ, Brandon was involved in a three car accident alongside former Siesta Key cast mate Carson Wall. They were travelling in Brandon’s car but it was Carson who was driving. He told police that the light was on yellow but other witnesses stated that it was definitely already red when the car passed it. This caused their car to hit another and this impact caused that car to hit a third. Carson was cited for failing to stop at a red signal.