First Bravo gave us Project Runway, then Top Chef was bestowed onto us.

The latest reality competition series to hit Bravo trades in fashion and culinary meals for the songwriting skills of 12 talented up and coming writers who will compete in challenges to test their abilities in various song genres. The series will be hosted and judged by American Idol‘s Kara DioGuardi and singer/songwriter Jewel, who will share judging duties with Jive/RCA’s SVP of A&R Keith Naftaly as well as a slew guest judges consisting of Taio Cruz, Leona Lewis, Donna Summer, and Jermaine Dupri.

Each week will give the contestants different genres to write for, ranging from rock to a love ballad to a dance track. The contestants will be competing for a recording contract with Jive/RCA; a publishing deal with Sony, BMI Songwriters The Writing Group, and a cash prize of $100,000. That’s a serious prize package, if you ask us.

Here’s a sneak peak at what’s to come:

So which of these up and comers will be the next Santino Rice or Carla Hall? You can find out when Platinum Hit premieres May 30th @10/9c on Bravo. 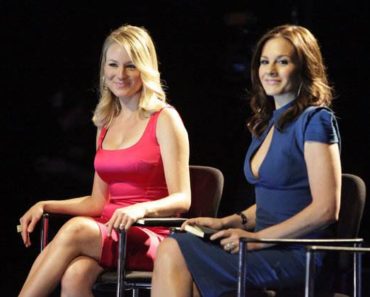