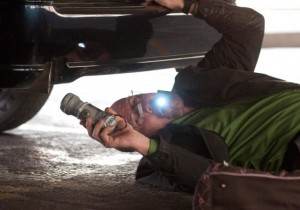 Oftentimes, between seasons of a show the cast and crew will do interviews to drum up press for their newest season. They’ll say things like ‘you can pop in right now and be fine.’ With some shows, this is true, but it’s the truly great ones that you cannot possibly hop in four years after the first episode and that is the case with Breaking Bad.

It’s not because there’s some over-arching plot to get through either. The basic premise has remained the same throughout: an ex-teacher hooks up with a former student and together they navigate the business of manufacturing meth while trying to keep themselves and their loved ones safe in such a dangerous underworld. No, what made this finale so satisfying was this next shift in the journeys of the characters, specifically Walter himself as things reached past the breaking point with the Gus Fring situation. While Vince Gilligan’s intentions toward the character of Walter White are well-known if you care to look up recent interviews with him–there are going to be viewers at home who don’t know what to do with the knowledge we’ve been given in the final frames. That shot was more than suggestive as it was really Gilligan and the show’s other creative team members pulling back the curtain on the man you’ve most likely desperately rooted for. Whether it was because he had a gun to his head in the middle of the desert, or couldn’t dispose of his nemesis from afar last week as he waited on the roof-top for Gus to enter into his own demise voluntarily. It was their way of saying plainly: Walter White is not your hero.

This shift wasn’t something that happened over night, but instead was more of a process which has been ongoing throughout the past few seasons, one that intensified greatly from the moment of Gale’s death onward. Walter White’s shades of morality are very conditional. He’s a man of intelligence and when he can’t reason his way out of something, then that intelligence turns toward the darker inclinations of his psyche and his clever thoughts are used to further more deadly means of problem-solving. In this episode, when he winds up saving Jesse from the lab, there was no hesitation about pulling the trigger multiple times in order to do it. Effectively murdering, in cold-blood, men he didn’t know. Men who likely were as average as him–men with wives and kids just doing a (deadly) job to support their families. Walter is now operating alongside what I’m going to call the henchmen principle, basically if you’re on the wrong side, your life is forfeit. That’s the kind of show we’re into now. One where Walter White truly is the danger who knocks at the door as he boasted to Skyler much to her complete shock and horror earlier this season. 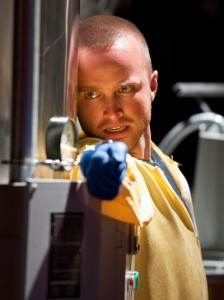 When Walt realized he couldn’t beat Gus Fring on his own no matter how much he wanted to–it became an absolute necessity to have Jesse assist him. It certainly wasn’t something Walter was happy about it either. I would argue that it informed his bitterness and rage toward Jesse during that fight scene–the fact that he still needed Jesse after all this time it was just like the day he came to find someone to help him learn about selling meth. So, following their recent falling out it was going to need to be the perfect set of circumstances in order to not only get Jesse to listen to him again but to turn his back to Gus. So off-screen his mind worked up what had to be a plan that could encompass all of Walt’s needs. Ideally, he needed Jesse to be back on his side after their spectacular falling-out before Jesse left for Mexico.

All Walt needed was to lead Jesse’s belief that he would go far enough to harm Brock for a greater gain (true) and then encourage him to think instead that it was Gus who did it to the boy (false). Let’s take a moment here to realize that on the roof-top when Jesse reveals to Walt that Brock is going to pull through–Walt expresses legitimate relief. He never wanted to kill Brock, for Walt there’s a very sharp difference between harming and killing. Kids truly do get into those types of berries quite easily and if it’s attended to in time, they live. That demonstrates a cohesive thought process about how to make this happen while still giving Brock a decent chance at living through it. There was nice foreshadowing of Walt’s capability to put others in harm’s way when they showed the scene where Walt calls his neighbor and uses her to check on his house for him. I doubt he’d have batted an eyelash if she wound up getting shot by one of Gus’ men.

But Jesse’s cooperation isn’t the last piece of the puzzle, that can be found in an old enemy, Hector Salamanca. The way his inclusion became the necessary element to make Walt’s last-chance plan work was an example of the strong story-telling in this series. Gus and Hector’s relationship in both the past and present has been featured prominently in the latter half of this season and it was the key to everything. It also fit Gus’ constantly on-the-alert character to have him figure it out too right before the bomb went off. By then, it was completely too late for him and for his annoyingly smug lackey, Tyrus. The way the scene was framed left jaws clenched as he seemingly walked right out like it was nothing–nothing could defeat Gus Fring. Then the camera moved around and whoa, that one’s going to remain on the memorable death scenes list for a long time. How they’ll ever top Gustavo Fring is one sure challenge for the writers next year.

Right now the only clues we have toward season five would be just dealing with a great deal of aftermath. Especially if it’s only going to be something like an eight episode season, as they’ve been saying that the final batch of episodes may be split into two separate seasons. Even though this season was the full length, it teased the viewers along with sporadic bursts of violence and action despite the constant threat of more. Let’s not forget that though Gus is dead, Hank and the DEA are a very real threat. Even if Walter has washed his hands of the whole operation with the destruction of the laundry facility (the second most satisfying part of the episode as Walt and Jesse took care of business side-by-side), Hank was still going on about certain idiosyncratic elements in the photos from the DEA’s recent trip to that same facility. This is not going to be something he just lets go of, especially being that he was one of the last people to see Tio Salamanca alive. 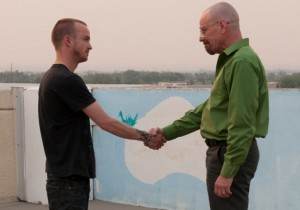 As for Walt, he’s going to have to reassess certain decisions. Will he continue making the blue? All the money he had saved certainly was siphoned away by Marie for Hank’s medical bills, in addition to Skyler’s need to pay Ted Beneke off to keep the IRS away from her doorstep. Not to mention, despite the apparently clean bill of health last time, it’s got to be only a matter of time before the cancer returns. To me, that was always the ultimate end-game–Walt reaching a certain point far beyond the timid weak man of the pilot and then dying despite all of it. Jesse Pinkman’s loyalty was certainly reaffirmed to Walt but I hope he soon realizes just what the man he’s aligned himself with has done. I’d like to see Mike come back from Mexico and try to guide Jesse away from Walt again. Otherwise, Pinkman will eventually wind up another of Walter White’s casualties. At this point, I wouldn’t doubt the possibility of that happening soon.

Now I have to go back to watching other shows and loathing the fact that they can’t all be handled with the intensity, cinematic flair, and suspense that each and every episode of Breaking Bad brought to the table this year. It’s going to be another long wait for next season.