Yesterday I talked about the significance of Walter’s breakfast on Breaking Bad, and now thanks to this clip from this Sunday’s all new episode, “Fifty-One” we have another reason to pay attention to what Heisenberg eats to start his day. Besides drug king pins, off course.

Aside from reinforcing Skylar’s half-hearted participation in her relationship with Walt, the scene also sets up some important facts. First, the breakfast at Denny’s that will eventually transition us into Breaking Bad‘s final scenes takes place one year after this very episode. Kind of a strange thought, considering that everything we have seen over the last four seasons of Breaking Bad has only filled one year in the lives of the characters. This means, withstanding anymore time jumps, the events that lead Walt into his New Hampshire exile, and eventually out of it, will come within the next few weeks in Walter White time.

So Breaking Bad fans, we have every reason to want to pay close attention to every new character that is introduced, and every change in any old character’s motivation. The things that take place over the next few weeks of Walt’s life will drive him into hiding and eventually put a really big fricken gun in his hands. 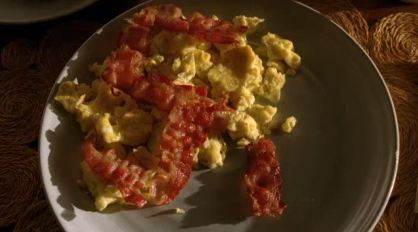