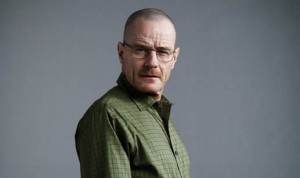 Breaking Bad’s fourth season will be premiering on AMC on Sunday, July 17 at 10:00 p.m. ET. The network has just released the first trailer for the all new season, which will consist of 13 one-hour episodes.

Beginning June 20 (through to July 17), all episodes from Breaking Bad’s third season will be available On Demand. We’ll also be running a contest for our readers to win a copy of the season 3 DVD (which will be released June 7), so check back for that tomorrow.

Also, beginning Tuesday, July 5, AMC will start airing every episode from seasons 1, 2 and 3 during late night.

Breaking Bad has been a critical darling for the last three seasons. AMC has planned a slew of complimentary and exclusive material to go along with season 4 on amctv.com. Digital content will include ‘Inside Breaking Bad’videos for each episode, clips from behind-the-scenes, and videos showcasing the season’s most ‘Talked About Scenes’.

Below is the first trailer for Breaking Bad’s fourth season.