Home
TV News
Brent Spiner is Realistic about a Star Trek: The Next Generation Reboot 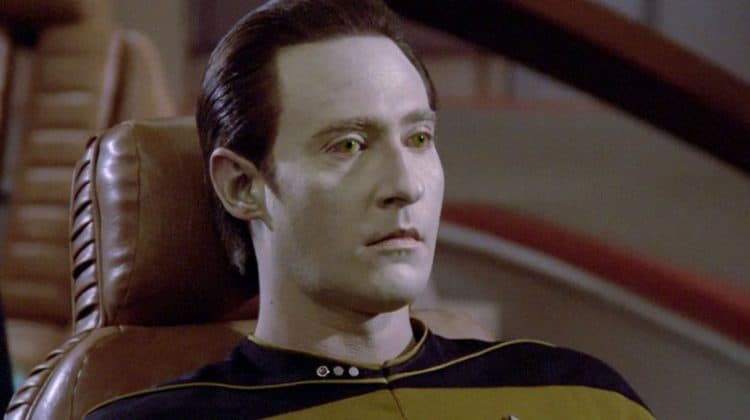 The obsession with reboots isn’t going to end anytime soon it would appear. Star Trek isn’t immune to reboots and remakes obviously, but the fact that Brent Spiner, who played the popular android Data in The Next Generation show and movies, thinks that this version of Star Trek could be looking at a reboot eventually probably isn’t too far off the mark. How people feel about this is bound to vary from one person to the next since the idea is that since the original series was recast and rebooted with Chris Pine and the others, it’s likely that the same treatment will be given to the Next Generation cast. Since Spiner is all done playing the character of Data after his time in the Picard series, it sounds as though he’s thinking ahead to what might happen to the franchise now that more and more of those that helped to continue it are stepping aside. Seeing how the rebooted Star Trek movies started off good, there’s a chance that bringing in the Next Generation crowd might be kind of interesting to see and it might even go a ways toward bringing the franchise back on track when it comes to the big screen since Into Darkness and Beyond didn’t instill a great deal of faith in a lot of the fanbase.

Trying to think of who would round out the cast would be a bit difficult though, especially since if they’re getting rebooted it’s likely that fans would want to see an accurate representation or as accurate as it could be in any case. Also, given how popular Captain Picard became over the years, it’s fair to say that it would take a seriously talented individual to take on his role, just as it would be important for the rest of the cast to be similarly cast so as to give the movie the best chance of impressing the fanbase. But thinking of how the timeline has been altered, it would also be interesting to see what this might mean for the Next Generation crew considering that things were a bit different in the last three movies. Wondering how much the future would be altered would probably provide an interesting time in the writer’s room since the ideas that might be tossed around could be intriguing and possibly far different than what they might have been had the story been left unaltered in the first place. It is interesting to wonder how much would be different now that the past has been altered and the ripples are bound to be continually felt for a while to come. In a way, it almost feels as though this would be the next logical step, but it would also be a huge jump from the current cast that’s been helming the movies, which means that it would be another batch of new faces to get used to and a hope that they would be able to step into roles that have been liked and followed for a long time now. That should make some writers cringe just a bit since the challenge there is palpable and not to be ignored.

Granted, giving the fans too much power over what happens can be a bad idea, but sticking to what the fans are going to accept is still a wise idea since it allows them to communicate what they want to see, which is what they will pay for. Giving the fans too much say in the process though is not a great way to run things, which means that if a Next Generation reboot does come along it’s bound to happen that the writers will change things up a bit in order to keep it fresh and innovative without clinging to the old ideas entirely since to do that would be kind of pointless. There have to be some differences, or it’s bound to happen that this would be the same old thing that people have seen before with new faces, and that’s not bound to be the best idea since things have to move forward at some point and need to be kept fresh and updated in order to really wow the audience and get them to pay for the pleasure of seeing what a studio can do. As someone that’s been part of the franchise for so many years, it’s likely that Spiner knows at least something of what the fans want, and it’s very easy to think that he would make a couple of recommendations if someone asked him to do so. Right now there doesn’t appear to be any such plan in the works, but there’s no need to rule anything out just yet since there’s always some chance that we’ll see Star Trek back on the big screen.