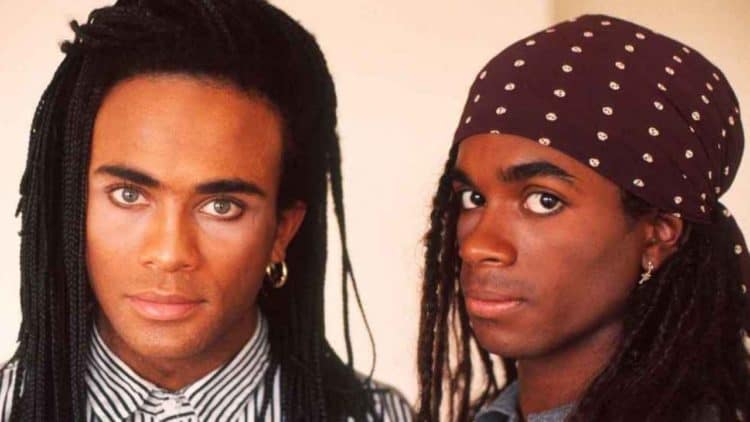 There are so many jokes just dying to be made when it comes to Brett Ratner and his desire to make a Milli Vanilli movie, but in the interest of being nice, I’ll relent for now. The announcement that this is going to happen is something that might be seen as a comeback for Ratner, who’s been keeping himself on the down-low since being accused of sexual misconduct. All that really needs to be said about that is the fact that since the MeToo movement decided to crash the party and crash it hard, things have been hard for a lot of people in the entertainment industry since while valid claims and grievances have come forth, despite having occurred many years before, there have been a few false claims here and there that have ruined reputations and careers that might have otherwise been solid enough to withstand the falsehoods. But the truly difficult part of getting through such an accusation comes from trying to stick one’s neck out again to see if the coast is clear and they can enter public life again in a much bigger way. The director has apparently decided that now is the time as he’ll be taking on this particular project and attempting to show the story of Milli Vanilli, the 80s/90s pop sensation that impressed a legion of fans back in the day only to let them down when it was discovered that they’d been lip-synching the words to their songs and hadn’t done anything truly original.

Somehow Fab Morvan and Rob Pilatus were still seen by many as worthy of praise over the years following this incident and their legacy is still one that Fab has been able to tentatively build on since Rob passed away due to an overdose. While some fans might still be willing to listen to Fab, and there are those that do, and still listen to older hits no doubt, quite a few of those in the world have taken their turn at ridiculing or otherwise trying to forget the duo. Lip-synching scandals have been known to ruin people even when it’s their own music that they’re lip-syncing to, but the deal with Rob and Fab is that the vocals weren’t even theirs, and the song had already been popular elsewhere before it was given to them to use. And even worse than this, they managed to win a couple of awards later on AFTER the scandal since to be accurate, social media wasn’t there, and word of mouth took a while to get around about this. Thinking to make this movie the one that he’ll make his comeback with is interesting to put it lightly since the truth is that people are bound to watch it no matter what, but how many people will watch it, and what their reaction will be, is kind of up in the air since there’s no real way to tell just what will happen.

One has to remember that the duo didn’t just lip-sync their way to fame, they essentially engaged in a bout of plagiarism and profited from it, which in terms of their fame in Hollywood means that they’ve been held up as a cautionary tale that’s still been very visible for years now. It’s a bit frustrating when thinking of plagiarists being glorified in any way, but the big hope is that this movie will be something that will show the downside of plagiarism and the very negative aspect of gaining fame on someone else’s skill since as someone who is in the habit of creating material that others look it is a point of pride that feels as though it gets pricked every time someone takes the easy way out. But oh well, that’s kind of how things go, and the people that Hollywood chooses to focus on, whether they’re squeaky clean or not, has little to nothing to do with morality and everything to do with how much money an idea can bring in. It’s cynical, I know, but it’s definitely accurate since for every honest celebrity out there it’s likely that there are two or three more that have a few skeletons hiding in their closet that they don’t want anyone seeing. In other words, Milli Vanilli is a duo that was destined to fade off into obscurity a while ago, and it might have been nice to see this finally happen. But if there’s money to be made off of an idea, then it’s going to happen in Hollywood since that’s how the business operates.

Let’s just say that it’s going to be intriguing to see what happens with Ratner’s attempt and there’s likely to be enough buzz around the story to keep it interesting for a while since it’s something that people are bound to talk about.