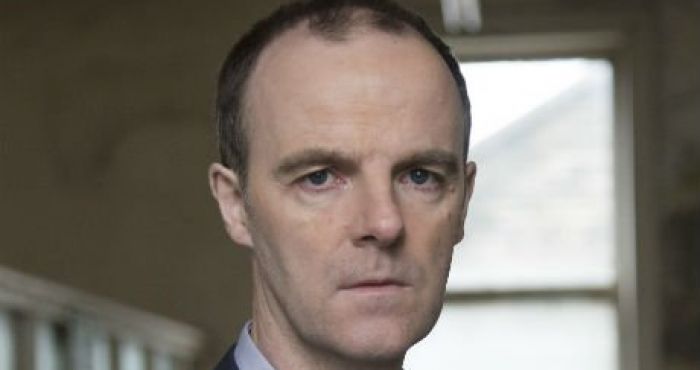 Irish born actor Brian F. O’Byrne may have stumbled into acting by chance in his 20s (more on which coming up), but his subsequent career has proved you don’t need to grow up on the stage to be a success on it. With five Tony nominations and multiple awards to his name, the actor’s career has taken him from Broadway to film to TV, earning him a sterling reputation and his pick of roles in the process. With his latest TV series, Lincoln Rhyme: Hunt for the Bone Collector, just released, there’s never been a better time to find out more.

1. He fell into acting by chance

Some actors dream of a career in showbiz their entire lives; others fall into the profession for want of anything better to do. Strange though it seems considering his subsequent success, O’Byrne falls into the 2nd category. Until he was 20, O’Byrne had little idea of what he wanted to do in life, and it was only after “stumbling” onto an acting course at Trinity that he developed his passion for the art. “I was totally lost as a 20-year-old when I went in,’ he’s since shared with RTE. “I had no idea what I wanted to do in life. So when I stumbled upon it, and when I experienced it, it was just wonderful, you know, the passion that you have in your early twenties for something.”

O’Byrne is married to Heather Goldenhersh, an award-winning actress who’s appeared in multiple productions across Broadway, TV, and film. The couple, who co-starred in the Broadway run of Doubt in 2005 (Goldenhersh as Sister James and O’Byrne as Father Flynn), share two daughters, Molly and Oona.

O’Byrne first came to our attention as Pato Dooley in the Martin McDonagh play The Beauty Queen of Leenane (1996), a performance that won him his first Tony Award nomination for Best Featured Actor in a Play. He’s since gone on to earn numerous other award nods, including 4 further Tony nominations (and a win for the 2004 production of Frozen), Gotham and Satellite awards for Before the Devil Knows You’re Dead, a British Academy Television Award for Little Boy Blue, and a Primetime Emmy Award nomination for Mildred Pierce.

5. He dedicated his BAFTA to Rhys Jones

In 2017, O’Byrne starred in Little Boy Blue, an ITV true-crime drama series that focused on the real events surrounding the murder of 11-year schoolboy Rhys Jones in 2007. O’Byrne’s performance as Jones’ father Steve managed to win the actor his first BAFTA, an award he went on to dedicate to the schoolboy in a touching tribute.

Some of us may struggle to say his name (hint: Brian is pronounced in the traditional Irish way, “Bree’un”) but thanks to his years of work on TV, film, and stage, most of us are more than familiar with his face. With over two decades in the industry behind him, the actor is still pulling in the big roles- something that’s amply shown in the state of his finances. According to those in the know (or in this case, Net Worth Post), the Irish actor is currently worth the impressive sum of $2 million USD.

Although his American accent may be flawless, O’Byrne (as the name suggests) is Irish by birth. The actor was born in the small village of Mullagh in the south-east of County Cavan, Ireland, and completed his studies at the Samuel Beckett Centre at Trinity College (T.C.D.) in Dublin. Intent on becoming an actor, and seeing no better place to pursue his dreams than the Big Apple, O’Byrne left his native Ireland for New York in 1990. After meeting up with the founder of New York’s Irish Repertory Theatre, Ciaran O’Reilly (who also happens to hail from Cavan) shortly after his arrival in the US, O’Byrne landed his first acting job in the Irish Repertory Theatre’s production of Philadelphia, Here I Come!

8. His most extravagant purchase was a second-hand truck

O’Byrne might have money a-plenty these days, but his most extravagant purchase is something pretty low key: a second hand, slightly (but not too) rusted truck. “I have an old truck that was sold to me by a “friend.” It has cost me a fortune,” he shared with Irish America. “I rarely drive it. But I’m too stubborn to sell it for a huge loss until I have had some fun out of it. Deep down I don’t think that will happen. Anyone want a 1959 Chevy truck? Not too much rust.”

In 2004, O’Byrne landed one of his biggest films to date, the Oscar-winning, critically acclaimed smash hit, Million Dollar Baby. O’Byrne, who portrayed the character of Father Horvak in the film, found the experience of appearing in shots alongside its star and director Clint Eastwood “extraordinary”, explaining “He did an extraordinary thing when there was one very emotional scene where he didn’t rehearse it. He blew me away because he went from zero to sixty immediately basically. He broke down and nailed it on the first take and then he did one more take exactly the same. I looked and there were people behind the camera who he has worked with for years and they were crying. I was blown away because I wasn’t anticipating what happened to happen, so that was extraordinary to be around.”

10. He burns turf to remind him of home

O’Byrne has been living stateside since the 1990s, but there are still little things he misses about Ireland. In an interview with RTE, the actor revealed he’d even started to burn turf as a way of reminding him of home. “Any time I was missing home I’d say “You know what I need to do, I’ll just burn a bit of turf over here in the corner! That immediately just brings me home… I’m a bog man, what can you do?!” he explained.