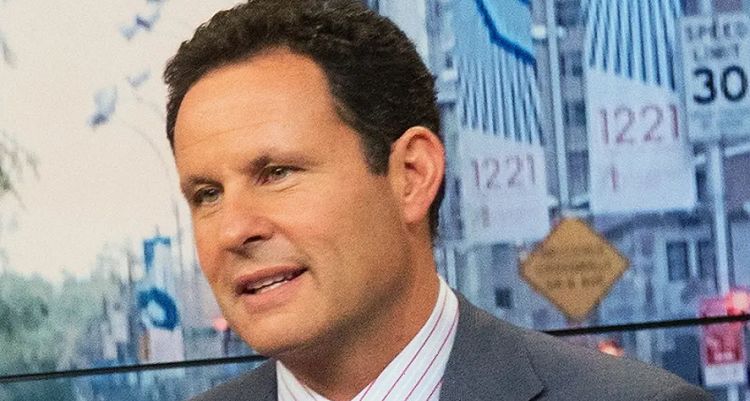 Fox News’ Brian Kilmeade has been notably absent from his seat on “Fox & Friends,” lately, and many of his devout watchers are wondering where he’s been. The good news is that he’s not absent forever. The bad news is that we have no idea if he’ll be back to “Fox & Friends,” as he’s now rotating host positions with people such as Maria Bartiromo and other familiar faces on “Fox News Primetime.” While he’s been away, fans have started to wonder about the journalist and his life. Who is he, and what is he like? We can tell you what we’ve learned about Kilmeade this week.

Brian Kilmeade is a man who clearly takes care of himself. Many are shocked to learn that he is in his 50s. He was born on May 7, 1964. He’s done a remarkable job of staying fit, in shape, and youthful over the course of his 50-something years.

Born and raised, he’s a New Yorker through and through. He was born in 1964 in New York City. He attended high school at Massapequa High, and he went to college in Brookville. He graduated in 1986 with his bachelor’s degree in the arts.

He’s married to Dawn DeGaetano Kilmeade. Together, they have three kids, and he is a proud husband and father. His kids are Brian, Kirstyn, and Kaitlyn, and we imagine that he has big dreams for his kids. He and his wife do a good job of keeping their family life private, which is not a bad idea when you’re in the public eye so often.

4. He’s Known For Saying What He Thinks

People aren’t always happy with some of the controversial remarks he’s had to make over the years – and he’s made some pretty controversial remarks over the years. However, there is one thing you can take away form his remarks, commentary, and his beliefs. He’s not afraid to say what is in his mind or how he feels. He may not always think before he speaks, but he’s certainly unconcerned with how anyone else feels about him.

In his ‘free’ time not hosting Fox News for approximately six hours per day, he’s busy writing best selling books. He’s an author, and he’s written six books. Five of them have gone on to become New York Times Best Sellers. It’s a huge accomplishment, and it’s one we know he is proud of.

He both loves playing and coaching. When he’s not busy hosting or spending time writing best selling books, he’s often on the field. We are going to assume his kids play, and that his coaching duties have a little something to do with their own teams.

7. He Lives in His Hometown

We mentioned before that he’s a New Yorker through and through, but did you know Kilmeade and his family reside in the same town in which he grew up? That’s right. He and his wife and their three kids life in Massapequa, and that’s where they will also call home when they’re older and out of the house.

Many people know that the most famous news anchors are paid handsomely, but many people do not know just how handsomely. Brian Kilmeade earns approximately $4 million per year in his role as a television anchor on Fox News. He and his family are doing well.

He’s not shy talking about his kids or wife, but he gives away no personal details. He’s a man who knows that in his line of work, anonymity in terms of your family is very important. He also knows that not every aspect of his life is public information, nor does the public have a right to know what he and his family are up to when he is not at work. He’s right to keep his life private as much as he can.

10. Fans Are Excited About His New Role

Kilmeade has a long list of diehard fans who watch him regularly, and they are excited to see him take his turn on the primetime news hours. They’re excited to see him host a new show, to see what he has to bring to the table and to see how things go with a long list of rotating hosts that will take their own time to share their own opinions and facts. It’s an exciting time for him.