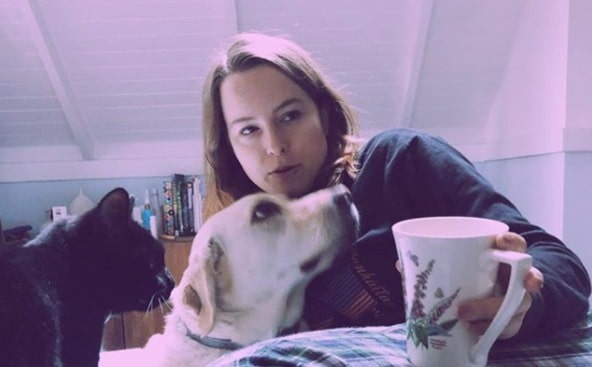 Many people most remember Bridgit Mendler for playing the protagonist in the popular Disney Channel television show, Good Luck Charlie, but there is so much more to the actress and singer than meets the eye. Today, we’re breaking down 10 facts you didn’t know about Bridgit Mendler:

Prior to landing the role of Teddy in Good Luck Charlie, Mendler appeared in several episodes on the widely popular Disney Channel show, Wizards of Waverly Place. She portrayed Juliet Van Heusen, a teenage-appearing vampire who falls in love with protagonist Alex Russo’s brother, Justin Russo.

If you enjoyed watching Good Luck Charlie, you knew that Bridgit’s character, Teddy, had a boyfriend throughout most of the series’ run, named Spencer (portrayed by actor Shane Harper). But did you know that these two stars dated in real life? Mendler and Harper began a relationship in early 2011, before calling it quits in 2015. Although neither has spoken publicly about the split, Harper has insinuated that his 2016 single, “Like I Did” is about a past relationship, with many believing it to be written about Mendler.

3. One of Bridgit’s Songs Has Soul Roots

Bridgit Mendler’s song, “Ready or Not” was widely successful with both her fans and in the Disney arena. However, it might surprise her fans that the hit single’s chorus is borrowed from 1968 R&B tune “Ready or Not Here I Come (Can’t Hide from Love)” by The Delfonics. The sampling of this song in her single gave it a unique vibe and showed her willingness to think outside the box and record music that was unlike the usual Disney pop sound.

4. Lemonade Mouth Almost Had A Sequel

Bridgit Mendler is perhaps also remembered for starring in the Disney Channel Original Movie, Lemonade Mouth, a movie about five teenagers who band together to perform against a rival rock band. Lemonade Mouth was successful following its release, and there were talks of a sequel being developed. However, Mendler confirmed in May 2012, that plans for creating a Lemonade Mouth sequel had since been scrapped, stating, “Everyone at Disney felt like the movie had completed its story in the first movie.”

While Bridgit Mendler has plenty of her own success, two of Mendler’s Lemonade Mouth co-stars, Hayley Kiyoko and Naomi Scott, are now very successful in their own right. Hayley Kiyoko is now a popular singer-songwriter with a strong fanbase. Naomi Scott has also been receiving considerable attention lately, starring in big-budget films, such as Power Rangers, Aladdin, and most recently, a new incarnation of Charlie’s Angels. Mendler has stated that she is still close with and keeps in touch with her co-stars from Lemonade Mouth.

6. She Is College Educated

Often times, Disney child stars forego receiving a formal college education, in favor of further focusing on their career in the entertainment field when they reach adulthood. However, this was not the case for Bridgit Mendler, who studied Anthropology at the University of Southern California (USC) and is currently conducting Media Research at Massachusetts Institute of Technology (MIT). This goes to show that Bridgit Mendler is so much more than just a Disney star, but is also a well-rounded, productive member of society.

7. Bridgit Has A Heart For The World

Bridgit Mendler has always made it known that she was interested in bettering the world around her. She has a strong value of seeking out philanthropic efforts, as seen in her partnership with charities such as Save the Children (thanks to the influence of her family, who has a long history of working in philanthropic professions). Speaking about her passion for philanthropy, she explained, “I think in a lot of ways I’ve led a very privileged life where I’ve been given so much […] I’ve always taken seriously the platform that I have, and wanted to use that for things that are important.” Mendler portrays herself as a stand-up celebrity, who does not take her fame and fortune for granted but uses it as an opportunity to give back to others.

Many people know the name and face of Christine Blasey Ford–she is a college professor, most known for objecting to the nomination of Judge Brett Kavanaugh for the United States Supreme Court. According to Blasey Ford, Kavanaugh had sexually assaulted her several years ago when they were at the same high school party, during which Kavanaugh was allegedly under the influence of alcohol. Blasey Ford became well-known to the public, due to the highly publicized, televised hearings in which she testified against him. What people may not know, however, is that Christine Blasey Ford is actually Bridgit Mendler’s aunt. In an Instagram post from October 2018, Mendler stated, “I am amazed by her [Christine Blasey Ford’s] courage, an example I have been able to witness consistently for the majority of my life, and now the world gets to know her as well.”

Now that Good Luck Charlie has ended it’s run, some people might not be aware that Bridgit Mendler recently tied the knot. In October 2019, Bridgit Mendler shared via social media that she married long-term boyfriend, Griffin Cleverly, in an intimate beach ceremony. Many of Mendler’s former co-stars were in attendance, including Leigh-Allyn Baker, Jason Dolley, Bradley Steven Perry, and Mia Talerico.

Mendler now stars in Netflix sitcom, Merry Happy Whatever, a unique show which takes place solely during Christmastime. She portrays Emmy Quinn, the youngest sibling of the Quinn family, who must contend with introducing her new boyfriend to her family, including her well-meaning, yet critical father. Mendler has voiced a strong interest in portraying the character again, but it is still yet to be seen whether the Netflix original will be picked up for a second season.