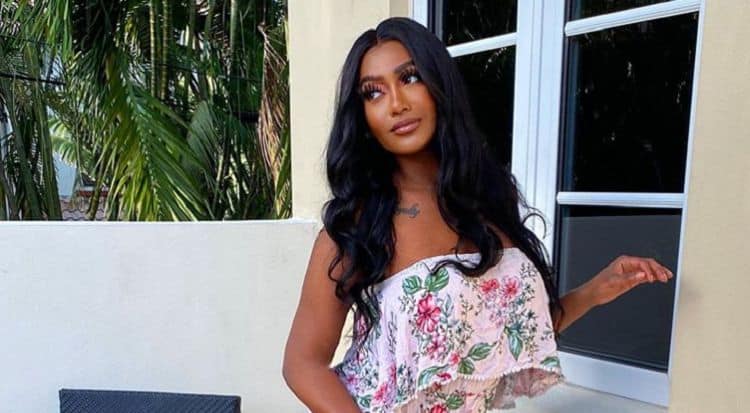 We are the kind of people who are willing to admit when we just don’t fully understand something, and the entire situation behind the show “90-Day Fiance,” is one of those things. We don’t get it. It makes little to no sense to us, but we certainly cannot deny the fact that people are ravenous for more information about the show and the people who appear on the show. Everyone wants to know more about the people who show up and film, what they are like, and it seems to entertain everyone who watches, and we have no problem with that. Brittany Banks is one of the people who are willing to put her life on national television on this show, and we get why people want to know more about her.

1. She’s Got An Interesting Story

2. His Sister Lives Above Her Sister

Interesting how things like that work out, right? She was in Chicago to visit her sister, and that’s how she met his sister, and how she met him. They just really found themselves in a place where they were attracted to one another right away, and it didn’t matter to her that he was living in Jordan.

Their first meeting was anything but successful, and that’s a problem for all involved. However, they don’t seem to warm up to her much over time, either. There is always some sort of underlying issue with them that we cannot put our fingers on, but it’s not good news. His family wants them married right away, and she’s clearly not going to give them that satisfaction.

4. This Relationship is Based Off a Lie

The real problem she cannot and will not marry her boyfriend right now is that she’s already married. However, she hasn’t exactly mentioned that to his family or even to him. No one knows that she’s a married woman, but things are taking a toll on her keeping this secret. We have a feeling that this might not work out for them when they all find out she’s been lying to them.

We get that he probably has a feeling that she’s not being honest. And she’s not being honest. We see them taking some time apart because she claims she needs to do some traveling, but she also tries to tell him that she’s just going back to Chicago to be with her sister while she’s ready to have her own baby. But, this is also not entirely true, and we have a feeling he can tell.

6. There are Some Interesting Rules For Them

Because of his religion – and probably the fact that she is married and he doesn’t know about it – they cannot spend the night together. She has an apartment in Jordan and he even set it up for her to resemble something of utter romance, but things just aren’t going her way considering he cannot even spend the night with her. She is not a fan.

She’s a Florida native, so going to the Middle East to be with her fiancé was difficult for her. She didn’t take into consideration that it would be such a culture shock. She wasn’t there just to see things and go home. She’s there to start a life, and that’s a big difference. She’s not sure of the culture, she makes mistakes, and she has a lot to learn.

8. She’s A Fan of Plastic Surgery

We appreciate all people who are open about the work they’ve had done, and we don’t really understand those who don’t like to talk about it. Brittany Banks has had liposuction, and she is happy she did it. She likes to be herself, and she’s not a big fan of keeping things that she did to herself. She’s happy to answer questions.

Her fiancé is a man who comes from a very different culture, and that is something she’s learning to work through. He is someone who has very strict and very strong beliefs, and she’s not interested in him trying to control her. For example, she had alcohol in her bag from a flight to visit him, and he was very turned off by that. He told her he didn’t like that, and she told him she’s not someone who will change who she is.

What we like about Brittany Banks is that she’s big on compromise. She is someone who knows the importance of it. She values it. She is good with it, and she’s willing to work through things.