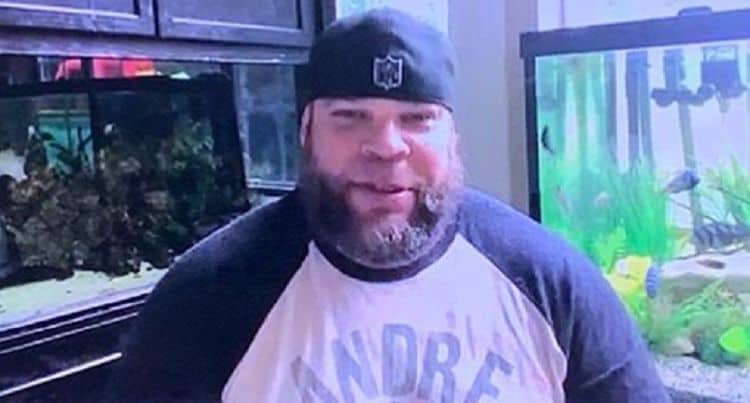 During his time with the WWE Brodus Clay went through a couple of different looks and it’s kind of easy to see which one some folks would prefer. He came in like a battering ram at first, decimating individuals with his size and sheer ferocity, but when he became the Funkasaurus it seemed to go downhill just a bit despite the frivolity and the fun that a lot of people had with the character. It’s hard to really say what exactly kept him from excelling in the business since he seemed to be built for it as a big man and was athletic enough to hang in there with some of the smaller, quicker individuals that tend to zip around the ring. But apparently that wasn’t quite enough since his tenure with the WWE didn’t last as long as it could have according to some folks. Some wrestlers seem primed to come on the scene and dominate, but unfortunately don’t get the kind of exposure they really need.

Here are a few things about Brodus you might not have known.

10. He’s been accused of sexual harassment.

Ian Carey of SEScoops was just one of many that covered this story since Brodus was let go from Fox due to lewd comments that he’d texted to Britt McHenry. These days it doesn’t take much to offend a lot of people but it’s usually wise to gauge a person’s response before getting too vulgar.

9. His debut in the WWE came as Alberto Del Rio’s bodyguard.

A lot of times new talent will be given the role of being a bodyguard or a rogue wrestler or something equally interesting that puts them in the background until it’s time for them to make it on their own. Brodus was able to hang with Del Rio for a little bit as his muscle but it almost seems as though he thrived in that position more than he did going solo.

He wasn’t accepted by his mother’s family since his father was black apparently, and despite trying to fit in he eventually left home to find his own way in life. It doesn’t sound as though he had the easiest upbringing.

7. At one time he was training to become a teacher.

He also played football at the college level for a while until a ruptured appendix gave way to a surgery that affected the nerve endings in his hip and left him with a noticeable limp.

6. He served as a bodyguard for Snoop Dogg at one point.

This big of a guy is someone you would think might be pegged as a full-time bodyguard or something equally as fierce and physical since the stereotype is usually that big guys aren’t all that bright and are best used for physical jobs. But Brodus is actually quite intelligent.

5. By the time his time was up with the WWE he’d turned full heel.

Eventually his character turned on everyone that he’d been working with and it might have saved his career had he not been given such a horrendous time by the creative department during the first part of his career. His time in the WWE became kind of a train wreck in slow motion, especially considering how he was promoted to begin with.

4. He went on to work as a Fox news contributor.

Once again it’s not exactly the kind of job you would think of Brodus taking given that he was a WWE star, mostly because it seems that he was kind of made for contact sports. But he seemed to being doing quite well with Fox until the sexual harassment scandal.

3. It sounds like the “Hall of Pain” gimmick was his idea to start with.

Gimmicks in the WWE get copied all the time, but in order to increase the efficiency of his act it almost sounds as though Brodus was trying to go heel in a big way and the “Hall of Pain” gimmick which went to Mark Henry was originally his idea. Drake Oz of The Bleacher Report brought this to light a while back.

2. Apparently Vince McMahon thought he was dangerous in the ring.

Drake Oz from The Bleacher Report wrote about this incident in which the Chairman of the WWE stated that he thought Brodus was an unsafe character. Of course, given that McMahon seems to let other sloppy wrestling go and has wrestlers performing while injured his word doesn’t seem all that sound.

1. He has a decent following on social media.

To be honest it seems as though Brodus could have been a lot more popular in the WWE if they’d left him as a heel or at least as the human wrecking ball he was promoted as in the first place. But be that as it may he has gained fans throughout the years.

It’s not known if he’ll ever be as popular as he was back then but he’ll still be a name that people remember.

Five Actors Who Should Play Steve Bannon in a Movie