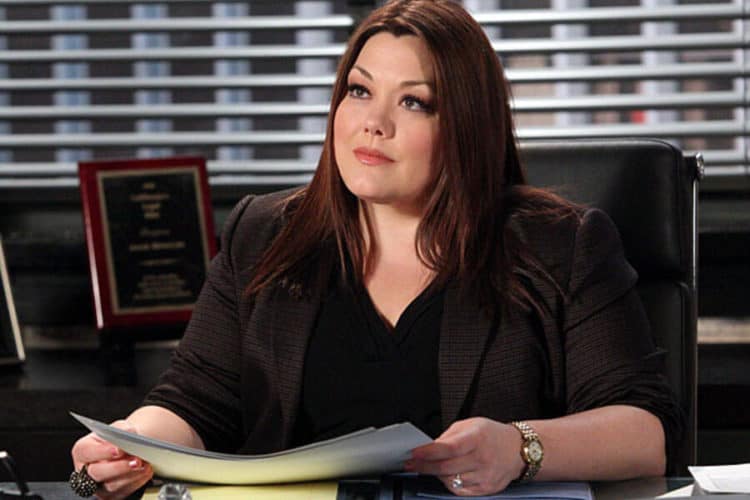 Brooke Elliot is truly the type of actress you never forget. She doesn’t have a long list of credits, but she makes an impact every time she gets in front of the camera. Elliot’s talent shines through no matter what kind of character she’s playing. She’s best-known for her role in the Lifetime series, Drop Dead Diva but her new role in the Netflix series, Sweet Magnolias, could potentially be her biggest role yet. In the show, she plays a professional chef and single mother trying to navigate the ups and downs of life with the help of her childhood friends. Keep reading for 10 things you didn’t know about Brooke Elliot.

1. She’s Been On Broadway

Most viewers will remember Brooke from her onscreen roles, but she’s also had a very impressive career in theater. She was in the Broadway productions of both The Pirate Queen and Taboo as well as the US tour of Wicked.

Brooke Elliot is a big music fan and one of her favorite artists is the one and only Lady Gaga. Brook describes herself as a “huge fan of hers” and says that Gaga is “brilliant“. Juding from all of the success Lady Gaga has had over the years, I think it’s safe to say that most people would agree. Brooke is also a fan of Carrie Underwood.

Almost everyone had at least one celebrity crush when they were younger. Actually, a lot of people crush on celebrities well into adulthood. For Brooke, Bill Murray was the first celebrity to catch her eye even though he is more than 20 years older than her.

Brooke has put in a lot of work to protector her craft. Not only is she naturally talented, but she’s also gotten formal training. She studied musical theater at Wester Michigan University where she earned a bachelor’s of fine arts.

5. She Was Starstruck When She Saw Barbara Streisand

Barbara Streisand has always been one of Brooke Elliot’s idols. When Brooke was only 17, she attended a Barbara Streisand concert and was completely starstruck from the audience. She also says that she was starstruck every time a guest star came on set for Drop Dead Diva.

Have you ever wondered what it would be like to switch bodies with someone? If so, do you know who you’d like to switch with? If Brooke had the chance to wake up in another body, she’d make an interesting choice. She told Channel Guide Magazine, “I would like to be in a man’s body. Doesn’t matter, any man. I would like to see how they think and what they feel. They’re so mysterious!”

7. She Had A Very Close Relationship With Her Mother

Family has always been important to Brooke and that started with the relationship she had with her mother. When describing the bond she had with her mom, Brooke said: “I was very very very close to my mother. Our lives were very intertwined. And we laughed, and cried, and agreed and disagreed, and bickered, and loved every minute of our relationship. I feel so lucky to have had the mother I had.” Sadly, her mother passed away in 2014.

Social media has become a big part of a lot of people’s lives. For celebrities, social media platforms have become a great way to connect with fans and share information about what they have going on. However, Brooke is just now hopping on the social media train. She just joined Instagram a few weeks ago and only has 8 posts so far.

9. She Loves Buying Sheets And Towels

Everybody has certain things they don’t mind splurging on. For Brooke Elliot, those things are towels and sheets. She told Glamour, “Every single time I go to Target, I’m not kidding, I can’t go into the linen department because I’ll buy everything! I don’t need new towels, but I could always buy new towels and sheets!”

10. She Believes Self Trust Is Important

There are lots of qualities that are important to for success. However, Brooke Elliot feels that being able to believe yourself is the most essential. She says that the best advice anyone ever gave her was to trust herself and what she knows.