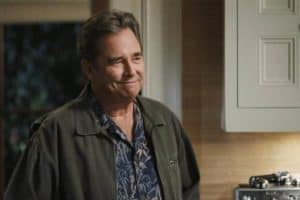 ABC will be airing a new episode of Brothers & Sisters tonight and Beau Bridges will be making a guest appearance. Below are three sneak peeks for tonight’s episode, along with a synopsis:

“Brody” – Though Nora tries her best to keep Brody (guest starring Beau Bridges) at bay, she can’t help but feel the long lost connection between them, and Justin reaches out to a homeless vet reluctant to accept help getting back on his feet, on “Brothers & Sisters,” SUNDAY, FEBRUARY 20 (10:01-11:00 p.m., ET), on the ABC Television Network.