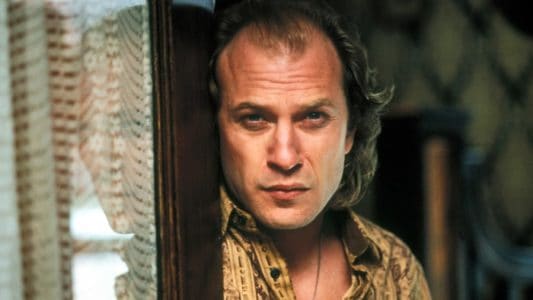 A lot of people would probably jump at the chance to own a bit of movie history since the house that was used by the notorious, cross-dressing killer known as Buffalo Bill in The Silence of the Lambs is currently up for sale. If you have just shy of $300 grand in your pocket and a desire to live in a home that set the stage for one of the creepiest movies to ever come along then you might be in luck. One thing to note though is that the well in the cellar isn’t bound to be a part of the sale since one can just think of the liabilities if such a thing existed. But thinking about owning this home might creep some folks out, even if it will be kind of exhilarating for others since one can only imagine that it’s been kept in pristine condition and that Buffalo Bill’s contributions are nowhere to be seen. That’s the thing about homes and sites that have been used for movies, they’re usually quite different than people might think since in the movies they’re being used for a specific purpose, meaning that they might be filthy, dirty, and otherwise look as though they’ve been used and abused in a very careless manner. The overall feeling of what they’ve been used for is still enough to give some people the heebie-jeebies.

It’s understandable really since this particular home was used to temporarily house a character within the story that was completely unhinged and was even seen as controversial. Try to contain your laughter on that one since with everything that’s been presented in the movies in the last several decades, calling any performance controversial needs to be on a case by case basis, since lumping them all into the same folder is an over-generalization that has taken place quite often and causes a great deal of debate. It doesn’t have much to do with the home, but it was seen as highly controversial when Ted Levine was playing the part of a cross-dressing man that was attempting to transition from male to female. Maybe a person that was trying to make that transition would have been a better candidate than an actor who was skilled enough to make the role work? Anyway, the idea of The Silence of the Lambs almost took Buffalo Bill out of the equation at some points since Dr. Hannibal Lecter ended up taking a lot of the spotlight with his performance since he was undeniably creepy and definitely turned out to be one of the most infamous villains of any movie.

This movie is still considered to be one of the classics of its era and is still one that many people talk openly about since it opened up a wide array of possibilities for the big screen when it comes to new ways to terrorize the audience. In a lot of ways, the movie was something that kind of woke up the horror genre in a way that was subtle yet kind of like a slap in the face at the same time. Anyone that wants to argue with this is free to do so, but the truth is that for a horror movie this was something that was close to being in the realm of reality and could possibly be all the scarier for it since there was nothing supernatural or scientific about it, even if a site like CinemaSins was bound to figure out the quirks and faults of the movie at some point. When a person really thinks about it, the movie didn’t really break with tradition when it comes to horror but instead sharpened the feeling of dread that people tend to feel when they don’t fully understand the story and need to be slapped a little harder with the main point. Some folks might state that they knew what was going to happen and why, but there were definitely a few genuine moments in the movie that probably shocked the hell out of a lot of people. Plus, the way the movie was filmed really set the tone since a lot of it was bleak, not joyful, and the colors, despite not being faded, were still a bit dark at times, as though to reflect the darker notes within the story.

The Silence of the Lambs was and still is one of the best horror movies in existence, and yet it has such a diabolically evil intent to it that it somehow stands well above many movies in its own genre and in others when it comes to being seen as an effective tale. The house that Buffalo Bill used as his own is obviously one element that helped to build the suspense, but rest assured that those looking at buying it aren’t going to be finding any hidden surprises in the cellar.