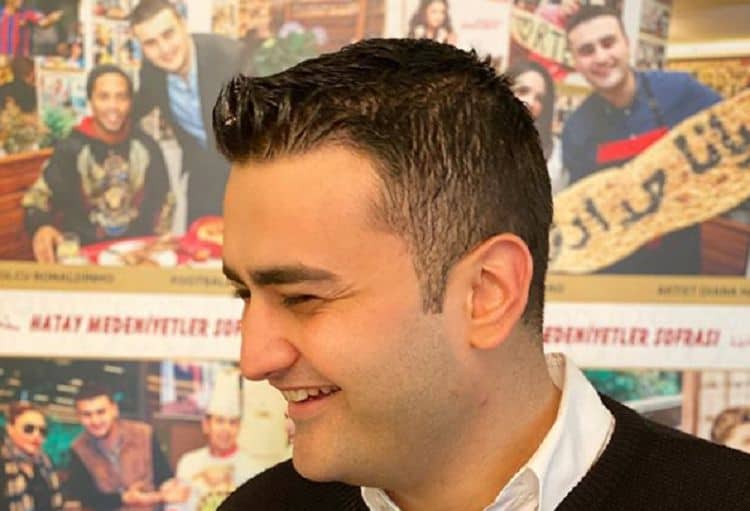 The Chinese video-sharing application, TikTok, has already given rise to many internet celebrities for their dancing and lip-synching videos. Still, new internet sensations are paving their way to stardom from the app by showcasing their talents. Burak Özdemir is one of them; he is a Turkish chef whose cooking techniques have startled many people. You do not need to be a fan of Turkish food to fall in love with his kitchen skills. He is not your regular chef, and he stands out for preparing abnormally large Middle Eastern dishes and his spine-chilling signature smile. You may have probably come across the cooking videos that have surfaced the internet and would want to know him beyond the kitchen. Here are some intriguing details about him that you did not know.

1. Started cooking at a young age

Burak Özdemir’s cooking journey goes back to his teenage days. According to Hybridtechcar, the renowned chef started working in the kitchen at the age of thirteen. He worked in a small family-owned restaurant. He relocated to Aksaray in 2009, where he planned to open up a new business.

Burak is the proprietor of Hatay Medeniyetler Sofrasi Aksaray, a restaurant located in Istanbul. You would be forgiven for thinking that the restaurant offers large dishes similar to Chef Burak’s viral Instagram and TikTok dishes. However, it serves different cuisines, including the Mediterranean, Barbecue, Turkish, and Middle Eastern dishes. Of course, it is not the place you just walk in and expect a vacant table; thus, reservations can be made for lunch and dinner meals. If you have a large appetite for Halal, this would be the perfect place to go while in Istanbul for the Halal special diet offer. Hatay Medeniyetler Sofrasi Aksaray is a unique place to dine and be entertained as reviewed on TripAdvisor by the majority of its previous customers. The restaurant was named the winner of the prestigious Certificate of Excellence in the year 2017 in Istanbul.

Besides Burak’s fabulous recipes and skills in the kitchen, he is warm-hearted and expresses his desire to promote the welfare of the less fortunate. He often shares his cooking videos via Instagram, but his routine took a turn when he shared his charitable action to a disabled Turkish man. As per Sunny Skyz, he surprised the disabled man with a motorized cart and shared the video with his Instagram followers. Burak Özdemir followed the video post with a heartfelt message, “The greatest bond is love.”

4. Has cooked for celebrities

The viral cooking videos have also caught the attention of many celebrities. He got recognized by fellow star and Lebanese songstress, Nancy Ajram, who invited him to her home in new Seyayleh. Burak gave the family a taste of his recipes, and after the beautiful experience and great company they had, Özdemir took his gratitude to his Instagram. He posted a picture of himself and Nancy’s family with a caption “Thanks a lot, big Star Nancy and her family for their kind invitation.”

If you only presumed that Burak Özdemir had a significant following on Tiktok, then you stand to be corrected. Through his extraordinary large dishes and a creepy smile, Burak has made a name for himself among Instagram users and amassed a vast number of followers. Burak Özdemir’s Instagram profile has a staggering 13.5 million followers while he follows a meager 130. His Instagram account has grown tremendously over time, with over a thousand posts so far.

6. He met the UFC champion

Chef Burak Özdemir’s dishes have earned visits and invitations from celebrated personalities. Who would have guessed that UFC lightweight champion, Khabib Nurmagomedev was his ardent follower? After the Boxing champion had arrived in Istanbul, he went to meet Burak at his restaurant. The two had a light moment; while at the restaurant, Burak pretended to be spilling tea from an empty cup before going ahead to make a meal with the UFC champion’s name engraved on it. Burak’s recipes have been influential in Khabib’s diet, and the lightweight champion took to his Instagram to confess how Özdemir’s dishes helped him during his weight cutting days. He also appreciated Burak for the delicious food and fun-filled experience he was offered during his stay at the restaurant.

7. He is also known as CZNBurak

Burak is nicknamed “CZNBurak,” and he seems to be fond of the name. He uses the name as both his TikTok and Instagram handles. Moreover, he always has the name embroidered on his aprons.

8. Has been awarded the most successful content producer in Turkey

TikTok organized an event in Turkey to celebrate and reward successful content producers in the categories of sports, comedy, fashion food, and many others. Burak Özdemir beat all other contestants to clinch the most coveted award, the Most Successful Content producer in Turkey. Burak, as of 2019, had 10.9 million TikTok followers making him top the list, followed by Nursi with 4.7 million followers, and in third place was Ezgize with 3.5 million users.

9. Ranked among biggest TikTok stars in 2019

After beating his fellow TikTok counterparts in Turkey, Burak participated in the global challenge, where he faced other TikTok stars. The TikTok sensational chef came in 32nd as ranked after facing stiff competition from some of the social platform’s most creative, and talented, influencers from all over the world.

10. His father was also a chef

Burak stands to be the embodiment of the saying, “like father like son.” While growing up in a family that ran a restaurant business, Burak followed his father’s steps to be a chef. However, he did not want to be known as or ordinary; thus, the 25-year old Turk added a little bit of flair that includes a creepy smile and outrageously big dishes to his cooking. That extra edge has worked in earning him celebrity status.