Burn Notice returned last Thursday with a two hour premiere that was heavy on the action the whole way through. However, the repurcussions for Michael’s (Jeffrey Donovan) actions in dealing with Tom Card (John C McGinley) are coming to light quicker than Michael could have thought.

In “Over The Line”, Michael and the gang must deal with not only the deaths Card and Tyler Gray (Kenny Johnson) but, with the CIA. While this isn’t the first time we’ve seen the CIA deal with Michael, this could be his toughest encounter yet.

Michael (Jeffrey Donovan) becomes the target of a CIA task force after he’s accused of a crime at a local hotel. Meanwhile, senior officer Olivia Riley (Guest Appearance by Sonja Sohn)Â brings Sam (Bruce Campbell) in for questioning, and attempts to use him to find Michael’s whereabouts. Gabrielle Anwar, Sharon Gless, and Coby Bell also star 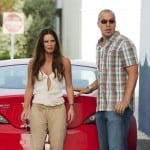 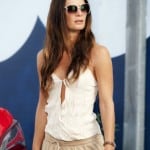 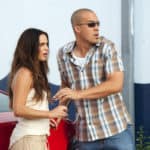 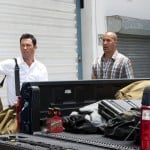 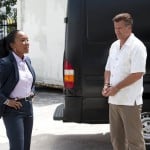 Click below to browse through the photos. And don’t forget to tune into Burn Notice this Thursday at 10 PM Eastern on USA Network.