If you haven’t been watching Burn Notice, then by the end of this article I hope to change that, and at least get you to tune into this show. The most logical excuse as to why you’re missing such a great show is because you missed it when it premiered, and you hate to jump in mid-stream. But never fear, you see, Burn Notice is really a procedural spy show, not a serial one. Granted, it definitely mixes the two, with seasonal character and story arcs that build from one episode to the next, however it succeeds where most other shows fail, giving you more procedural and less serial in each episode. It also makes it extremely easy to do the two season recap I’m about to do for you.

Season 1
So season one was pretty simple. We got to meet Michael Westin (Jeffrey Donovan), a former spy, or CIA operative for hire (you see its more beneficial for him to be a freelancer hired by the CIA than an actual CIA agent). During a job he is given a Burn Notice, which is spy-talk that means he’s been blacklisted, by unknown forces connected to the U.S. government. He barely escapes and is dumped in Miami with no money, no identity, and no prospects. He begins to take on odd jobs that utilize his skills as a master spy and expert tactician in a very A-team and Macguyver sort of way.

Michael isn’t totally alone, however, and has the help of two old friends, Sam and Fiona to help him on his adventures. Sam (the fantastic Bruce Campbell) is a former Navy Seal who is living the life of a freeloading beachcomber. Fiona (Gabrielle Anwar) is a former IRA operative and gun smuggler. She has access to lots of deadly weapons and loves to use them…a little too much actually. So Michael, along with his two friends Sam and Fiona, go about helping people, making some money, and trying to figure out just who it was that blacklisted Michael, and why.

Season 2
In season 2, the people who “burned” Michael have essentially made contact with him and have him running special “errands” for them. If he refuses or causes any trouble, his family and friend’s lives are threatened. About halfway through the first part of the season Michael is convinced that Carla (Tricia Helfer), his handler, is putting together some type of assassination plot. Michael has helped with this plot by aiding in getting a Dragonov rifle into the city and having a special keycard forged that grants access to a secured office building overlooking Miami Bay. Michael, naturally, goes about trying to subvert Carla’s scheme.

By the final episode of the first half of season two it appears that things have gone terribly wrong. The would be sniper is blown up and a bomb is planted in Michael’s apartment, which he barely escapes, though his wounds are not yet known. At first site it appeared as though Carla may have gotten the best of Michael, and in an effort to cover her tracks destroyed all traces of the operation. However, in a recent interview with Matt Nix, the creator of the show, he had this to say about the season 2 story arc.

“The second half of the season is about Michael discovering with Carla that something has indeed gone terribly wrong and that someone is working against them, that someone tried to kill Michael because he was working with them, and now he has a new assignment which is find the person who tried to kill you. Which puts him into the unusual position of being allied with the people who burned him. Suddenly, what Michael needs to find out, which is who tried to kill him and why, is the same thing that they need to find out. So they are very uneasy allies. So the second half of the season is about Michael’s investigation into that and his uneasy relationship with Carla and the people that burned him who want to know the same thing, but Michael doesn’t necessarily want to share everything that he knows.”

If my brief recap isn’t enough, you can watch the entire first season on hulu.com by going here. The second season is also available, online for free by going here. You can also catch reruns airing right now on USA Network. Burn Notice returns with Episode 10, Do No Harm on January 22 at 10 PM. 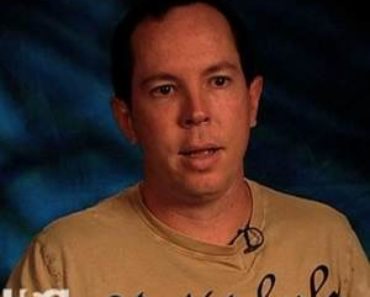