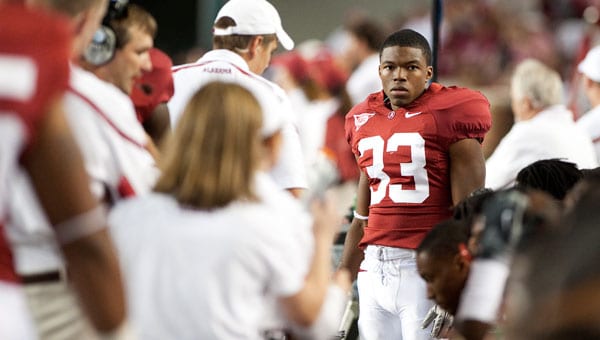 Caleb Castille is an American who had his acting debut in 2015. Before that, he had been a cornerback for the University of Alabama Crimson Tide, where he had managed to win two national championships. It remains to be seen how far Castille will go in his chosen career, but it is interesting to note that he has been showing up in a succession of roles in a succession of projects. Here are 10 things that you may or may not have known about Caleb Castille:

Castille was born in Columbus, GA. In short, Columbus, GA is one of the United States’s consolidated city-counties, meaning that it is both a city and a county that has been merged into a single jurisdiction. As a result, it isn’t the same as an independent city because independent cities don’t fall within the boundaries of any county. In contrast, both the city and the county exist in city-counties, though their existence might not be much more than nominal in nature.

2. Comes From a Football-Playing Family

It is interesting to note that Castille comes from a football-playing family. For instance, his father played for the University of Alabama before going on to play for the NFL. Furthermore, both of his brothers Tim and Simeon followed the same path into professional football. Due to this, the Castille family is pretty well-known by people with a strong interest in University of Alabama football.

In 2015, Castille had his acting debut in a movie called Woodlawn. For those who are curious, the movie is centered on a black high school student named Tony Nathan who joins the high school football team along with a number of other black high school students when it is desegregated in 1973. Much of Woodlawn’s conflict comes from the tension between the black and white players, which causes them to come into conflict both on and off of the football field.

4. Was a Stunt Double For Woodlawn

With that said, Castille took a rather winding path to becoming the lead for Woodlawn. This can be seen in how he was first chosen to play the primary stunt double for the lead, which came as a small measure of consolation following his rejection for a role that he thought was perfect for him.

5. Chosen to Play the Main Character on Woodlawn with Minimal Notice

Eventually, Castille got a very unexpected phone call that he was the one who had been chosen to replace the person for whom he was supposed to stunt double. Suffice to say that he received very little time in which to prepare for the surprise role, though he was very happy about having it nonetheless. In fact, Castille didn’t just compare it to winning the lottery, he compared it to winning a $50 million lottery for the third time. Something that makes for a very evocative picture of what he was feeling at the time to say the least.

Woodlawn wasn’t the first time that Castille had been involved with the entertainment industries. Before that, he had been both a fitness model and an apparel model. Furthermore, Castille had shown up in some commercials as well as some music videos. Still, while it would be inaccurate to say that Castille was wholly a newcomer to the entertainment industries, the importance of his landing of the lead role for Woodlawn for his career cannot be overstated.

7. Received a Piece of High Praise From His Father For Woodlawn

Naturally, Castille’s father winded up watching Woodlawn when it came out. Furthermore, he offered a very high piece of praise for his son’s acting work, which was that he had forgotten that he was seeing his son on the screen because the character of Tony Nathan came through so strongly. That was a huge moment for Castille because that was exactly what he wanted from people who saw his performance in the movie

8. Believes in the Importance of Remembering the Past

Castille has stated his belief in the importance of remembering the past for the purpose of preventing bad things from happening in the present, which in turn, is connected with the goal of becoming better people. With that said, he did stated that while history has a tendency of repeating itself, the same can’t be said for the solutions for the problems that come up again and again, meaning that there is a need for continuous examination of the situation.

9. Believes that the Individual Can Matter

On a related note, Castille has mentioned that he thinks that individuals can make a difference even when it comes to the great issues that are confronting our society as a whole in modern times. Granted, he doesn’t actually think that individuals can solve everything on their own. However, he does think that individuals can do their part by influencing their friends as well as the other people in their lives, thus serving as catalysts for the change that they would like to see. According to him, one of his intentions for Woodlawn is to pass on a message to the viewers that their choices do matter when it comes to shaping the world.

10. Isn’t Open to Playing Every Role

Based on his own statements, it seems that Castille is pretty religious. As a result, he has stated that there are roles that he will and will not play because of his religious beliefs. Due to this, Castille sees his initial role being the lead on Woodlawn as a great way for him to enter acting because it resonated so much with what he believes in. In fact, it is interesting to note that Castille was already aware of Tony Nathan’s story long before he played the part.