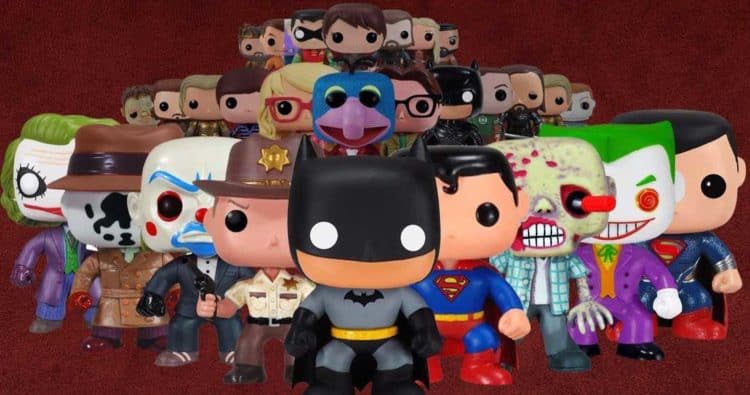 Ryan Scott of MovieWeb seems like he might be hopeful that a Funko Pop! movie might be successful, but trying to reach the same level of success of Lego seems like it might be kind of daunting since at this point Lego has been an absolute giant on the big screen. With all honesty it’s not fair to say that Funko Pop! would go by the wayside since they’ve become such a huge part of pop culture that in almost every other YouTube video and fan-driven critic video you see there might be a few of the bobble-heads in the background or a dozen or more. Their popularity has risen to such a degree that the line has included just about anything and everything that you can imagine, with so many characters having shown up in stores that even authors and real-life characters have finally been seen in recent years, such as author George R.R. Martin for instance. I’ve even seen characters such as Al Bundy and his daughter Kelly on the shelves, as well as other characters such as Clark Griswold and various athletes throughout several sports. It’s a part of pop culture that people have fully embraced and have found as a pleasing part of their lives.

A movie however is going to be something else. Matt Patches from Polygon thinks this is just the next logical step since Funko Pop! has grown in a way that is simply amazing considering that there are multiple versions of each subject that’s been made into a Funko. There are various figures that have different versions of themselves, are posed in different ways, have different scenes that they’ve been given, and are either cast in gold or chrome or even in clear form that might glow in the dark. In terms of making a movie it doesn’t seem as though it would take too much imagination to make something really happen. There are plenty of characters that could be used, plenty of scenarios that can be utilized, and with the wealth of ideas that could be used in so many different ways this movie might very well be instantly popular, but it’s still hard to believe that it would top any of the Lego movies at this point. Lego has simply made a legacy that is too hard to beat at this point and as a rule anything that’s well-established is going to be difficult to match, let alone beat.

If you can believe it Funko has been around for almost two decades, which is hard to believe since it would mean that this trend has been building and building and taking the place of traditional bobble-heads in a way that’s been slow but gradually quicker as the years have gone by. Mike Fleming Jr. of Deadline is just one of many that is spreading the word about this idea and is pushing the thought that something special could come from this. There’s no way to really say no to this since if Lego could do something special by bringing its toy line into the movie theater then Funko should be able to do this without fail. Being entirely confident of this would be a mistake since walking into the theater and expecting something to knock your socks off is a sure way to fail if one is expecting a movie such as this to be an instant blockbuster. But all in all it does feel as though it could pull from enough different directions that a story could be rich and extremely well-crafted, if the writers are wise enough to see it this way.

That’s where the failure is really going to come in with a movie like this since the story is going to be what drives it. You can bet that great actors will be brought in to voice the various characters that are used, while the effects will be top notch. But the story is what’s going to really drive the entire thing and it needs to be one of the best we’ve ever seen if it’s going to give Lego a good run for its money. What this means is that the writers have got to find a story they can agree upon and present to those in charge without having to change it over and over and over. Plus, it would be nice to see a story that’s not so entirely crazy that it’s nearly impossible to follow and possibly only understandable to kids since a lot of the humor might go over their heads.

So can Funko Pop! make a decent movie? Yes, it’s very likely, but at the same time stating that it could even tough the Lego movies is kind of presumptuous, but it’s a nice goal all the same, and worth striving for.