Home
TV News
Can a Show Like “Last Man Standing” Affect the Election? 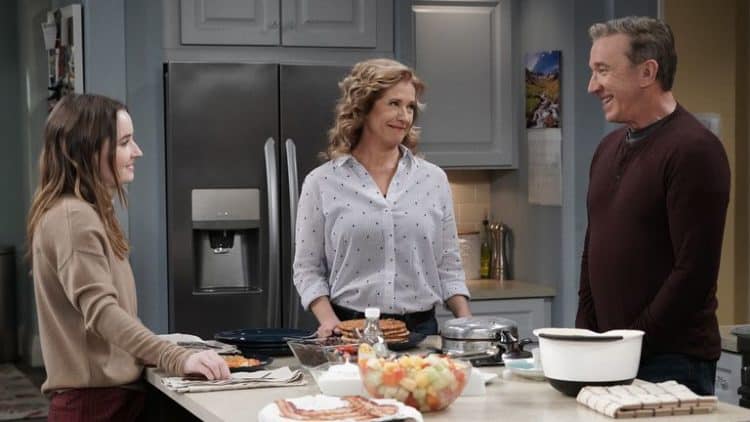 Last Man Standing is an American sitcom. Furthermore, it is a sitcom that stands out from other sitcoms because of its star Tim Allen’s conservative politics, which can be seen throughout the show. As such, some people might be wondering whether shows such as Last Man Standing have the potential to influence the upcoming U.S. presidential election.

How Is Last Man Standing Political?

For starters, it is important to note that Last Man Standing is a very political and politicized show. To some extent, just about every story is political in nature. After all, the stories that people tell are shaped by the assumptions that people have about how the world works, which happen to include a fair amount of politics. For example, there is a lot of U.S. historical fiction with protagonists who fight for a very nebulous concept of freedom whether that fits with historical realities or not. This is because U.S. culture is fixated upon freedom, meaning that it is a very easy to create a sympathetic character for U.S. consumers. Moreover, the nebulousness is very helpful because it enables interested individuals to skip over the question of what freedom means for the shown culture versus what freedom means for someone in the modern United States, which are very much not the same thing.

One excellent example can be seen in 300”s Spartans being presented as freedom fighters from Persian conquerors, which is true to a considerable extent but nonetheless sidesteps the fact that said individuals enjoyed lives of leisure because of their enslavement of their neighbors. Something that was maintained through systematic humiliation plus the systematic culling of those who were likeliest to resist. In fact, there is an infamous story in Thucydides about the Spartans asking the helots to name those who had distinguished themselves the most in one battle so that they could receive their freedom, which was carried out so that the Spartans could execute those who were most desirous of being free.

In any case, it is important to note that while some shows are very subtle when it comes to their politics, other shows such as Last Man Standing are not. Indeed, one of the most common marketing blurbs for the show says that the protagonist is striving to maintain his “manliness” in a world that is being dominated more and more by women, which reveals a lot about the very political assumptions on which it rests. On top of that, it should be mentioned that Last Man Standing is a very politicized show as well, not least because its star went around saying that ABC canceled it because a funny, likable conservative character was dangerous. Something that wasn’t supported by the fact that good viewership numbers didn’t translate into good results for ABC thanks to how it had to license the show from another studio under unfavorable conditions. Summed up, since Last Man Standing is both political and politicized, it seems safe to say that it can influence political events such as the U.S. presidential election even if its influence is relatively minor.

Can a Show Like Last Man Standing Affect the Election?

Here are some examples of how Last Man Standing might influence the election:

It Reinforces the Persecution Narrative

People in the present have more power to choose the kind of content that they consume than ever before. As a result, different parts of the U.S. population are tuned in to very different groups of content creators, with the result that what they see can bear little resemblance to what their neighbors see even though they are seeing coverage of the same events in real life. This is problematic because it erodes the common basis of understanding that exists between people, thus making it more and more difficult to call them one group of people rather than multiple groups of people.

One of the narratives that have played a huge part in this phenomenon is that of persecution among conservatives. Essentially, a lot of conservatives believe that they are under attack by hostile outsiders because that is what conservative media tells them. For instance, when someone hears about Christmas being under attack because a retailer has chosen to say “Happy Holidays” rather than “Merry Christmas,” that is an example of this narrative at work. Unsurprisingly, people don’t enjoy being under attack, meaning that they are even likelier to hole up in places that are considered safe for them than under other circumstances.

The claim that Last Man Standing was canceled because of politics rather than financial matters strengthens the persecution narrative, particularly since the show is so open about its politics. As for how that can influence the election, it isn’t exactly controversial to say that a strong emotion such as fear can encourage people to cast their votes. Moreover, a sense of persecution can cause people to support more extreme candidates than they would under other circumstances, whether because they are looking to lash out or because of some other related reason.

It Normalizes Politics that Isn’t Normal

Speaking of which, there are a lot of people with very exaggerated notions of what living in authoritarian countries is like for most of their residents. This is problematic because it makes people assume that they will automatically be able to tell when their countries cross the not very well-defined line between authoritarian and non-authoritarian countries. Unfortunately, that isn’t the case for a couple of important reasons. One, most people living under authoritarian systems are concerned with much the same matters as their counterparts living under non-authoritarian systems, meaning that their lives can seem very normal for lack of a better term. Two, human beings can get used to a lot of things, meaning that they might not necessarily notice gradual changes in the political environment around them as their sense of normal receives continual adjustment.

On this issue, Last Man Standing is potentially problematic because it presents current conservatism as very normal. This is true to a considerable extent because popular political sentiments are normal by their very definition. However, this also ignores the fact that U.S. conservatism has taken on more and more extreme forms in recent decades, which has potentially troubling implications for the future that is still to come.