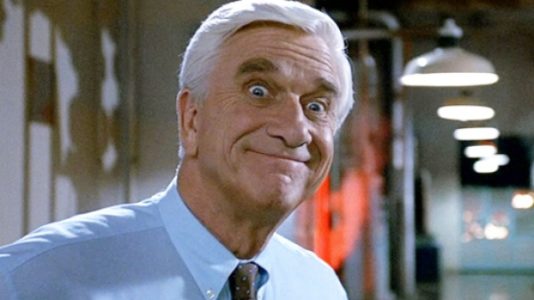 The fact that there are so many people that appear to think that rebooting The Naked Gun is a good idea, with Liam Neeson of all people, proves a couple of points right off the bat, and that’s the fact that no matter how many accolades and fans he has, Seth MacFarlane is a little too ambitious at times. The second point is that Liam Neeson is aware that his career is reaching a point where he’s either going to be seen as a bit foolish for taking on this role, or he’ll see his career take on a slightly new direction. It’s true that ideas have to keep moving forward or stagnate, but something like the Naked Gun should at least be allowed to sit and be enjoyed as it is rather than have to wonder whether a reboot is going to muck everything up by taking a classic and redoing it in a manner that won’t even come close to the original. That sounds dismissive, doesn’t it? MacFarlane has done a great number of things with his career and he’s made a good number of them work, but this taking things a little too far to be immediately comfortable with it.

It does sound as though Seth has already been speaking with Liam Neeson, who’s an odd choice for this role, to say the least since he’s not nearly as funny as Leslie Nielsen was at one point, and has a much more impressive action presence than anything. Neeson can act, there’s no doubt about that, but as far as comedy goes he’s not exactly the first pick that a lot of people would have thought about. That being the case though, this project appears to be going forward and Neeson is actually excited to see what might come of it. It doesn’t feel like the best idea in the world, but then those are the types of ideas that tend to get pushed and approved sometimes.

One thing about Seth MacFarlane is that some folks might agree with is that you either like him, put up with him, or just don’t like him at all. There are varying degrees of like and dislike for this guy among a lot of fans, but sometimes his decisions and the things he says and does rub people the wrong way. The idea to reboot The Naked Gun is kind of a confusing medley of this since some people would likely tell him to not even bother, while others would be all for it, and many others simply wouldn’t care. There’s so much that could be said about Seth and there are many, MANY opinions concerning his acting and writing, but the fact is that this isn’t about him, this is about the fact that another classic movie is getting an uncertain reboot that might pull down big money but get negative reviews. That’s just one opinion and one possible future, but the idea is that it’s becoming easier to wonder why in the world so many older movies that were great the first time around can’t be left alone to remain great. That sounds a little juvenile really, but it’s a valid concern since while the new movies aren’t bound to ruin the joy of their older and original counterparts, it’s the idea that many would claim that the effort isn’t being made to replace or outdo the original, but to update it for reasons that are about as flimsy as a flapjack resting on a sheet of tracing paper.

There is a bit of hope that the effort will work, but there’s still the feeling that leaving well enough alone and proving that the creativity of some folks in Hollywood hasn’t died out by making something original is a better idea. While there are plenty of new movies that come out each year, the innovation and much of the drive of Hollywood appears to wax and wane on a regular basis, especially when a trend such as a reboot of just about anything a person can get their hands on sparks and runs like wildfire through the business. Remakes, reboots, and sequels have been the trend for a while now, which is hard to imagine when it’s been seen that Hollywood harbors such a great amount of talent.

I won’t say that my hope is to see this movie fail, since not only would that be the wrong thing to do, but it does bear watching since it’s a movie that many people happen to like just the way it is, and thinking that Liam Neeson will be able to deliver as Leslie Nielsen did is putting a lot of faith in the writing that will have to be spot-on. As of now, that’s asking for a lot of faith.