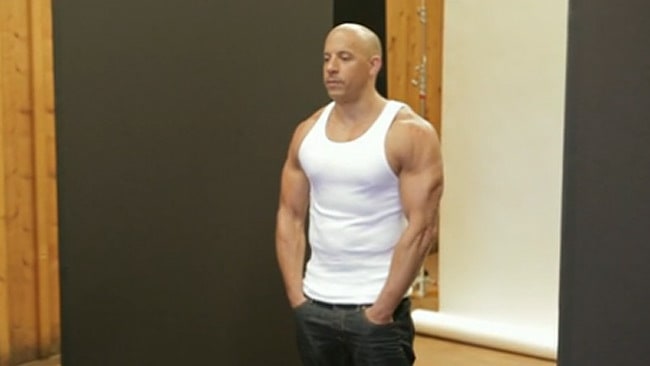 As much as I don’t want to discount any story and say that it’s been done before in various ways, it’s still amusing that a lot of us try to kid ourselves, including Sandy Schaefer from ScreenRant who, no offense, even goes so far as to compare Bloodshot with other movie icons like The Crow and Robocop. While the movie already has a few high-profile actors it’s also bringing in Vin Diesel as the titular character and it would seem that Sony is really pushing to make it look as though they know what they’re doing. The Valiant series of heroes could possibly be the answer to their superhero woes since the whole issue with Spider-Man is leaving a bad taste in peoples’ mouths at this time. But thinking that enough people are going to line up and want to know more about Bloodshot simply because Vin Diesel is in the movie as the star is kind of a gamble really since apart from his time as Groot, you know, for the MCU, and his time spent on the Fast and Furious franchise, he really hasn’t done much that’s been worthy of note, apart from being Riddick of course.

In fact Vin Diesel’s popularity has been bound up in three big characters throughout his career and those have been Riddick, Dominic Teretto, and Groot. Trying him out as anything else has been something of a failure since he’s either been barely noticed thanks to other actors being on the scene, or has played a character with so little real development that it was hard to even get into who he was and what he was supposed to be doing. Movies such as The Last Witch Hunter and Babylon A.D. were kind of laughable since they featured him as the lead character and almost nothing significant was done with him. But while Bloodshot seems to be a hope for Sony that might pan out in their opinion and that of others, it still seems as though they’re trying to convince themselves that they’re reaching for a star when in reality it’s a figment of their imagination. Eric Francisco of Inverse gives the lowdown on what the movie is about, but that doesn’t change the fact that in 2020 what Sony thinks could be a triumph could very well be seen as an embarrassment that will only sink their reputation a little deeper.

Granted, Sony has managed to survive this long and has been responsible for some very well-received movies. That’s a given and it’s easily understood that they’re not about to go under. But who in the world knows about Valiant comics when it comes to moviegoers? I don’t doubt that there are a lot of people that do, but so far it’s hard to say whether or not Valiant has ever been firmly established anywhere but in the comics. The problem with that is the fact that if people don’t know that much about it they might go to the movie out of curiosity, but that’s about it. Others might just stay away since it’s not a known hero, and if anyone that’s a Marvel fan takes a look at it they might find parallels that can liken Bloodshot to characters such as the Punisher, Deathlok, and even Mr. Sinister just for appearance. It’s well known that stories in the comics get ripped off or copied or simulated over and over again since there are only so many stories that can be circulated without there being some overlap now and again. But just like a few other characters that have been seen in one variation after another, Bloodshot, who came out in the 90s, really seems to be an amalgam of other heroes and even shares their story lines in a lot of ways. Trust me, if you think this is cynical just wait for the hardcore Marvel fans to get hold of this idea and run with it, they’ll look to eviscerate the idea or at least make it known that the parallels are a lot closer than some want to think about.

So far it sounds as though Sony is only thinking of this one Valiant hero and that’s it for now, which is probably a good idea given that it’s going to take the act of proving to the fans that this is a worthy endeavor. If it works than anyone and everyone that says different will be eating humble pie in 2020 when it’s released. But if it doesn’t, well, let’s just say I won’t bother saying I told you so, but instead will say that it’s lamentable that there wasn’t more of an attempt to develop the brand before it was released to the public. A TV show, an animated series, something might have been better than a movie to start things off, but hey, I’m not a producer or a director so it’s hard to say yea or nay.