Home
Movies
Can You Imagine if Steven Seagal Played Batman? It Almost Happened 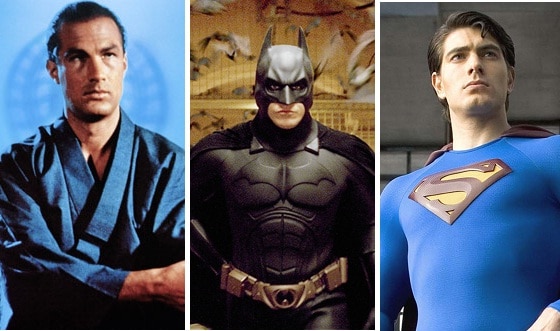 Some folks are having a bit of trouble accepting that Robert Pattinson is going to be the next Batman. How in the world would they react if they’d seen Steven Seagal as the Batman at one point though? There are those that think it might have been awesome and some that would no doubt echo Kevin Burwick of MovieWeb by stating that it would have been odd to see him squaring off with Jack Nicholson’s version of the Joker. Let’s just say it would have been different and call it even. Apparently Seagal’s name was being floated as an idea to star as Batman since the plan was to get someone that could make the martial arts movements look legit. But when it came down to it the idea wasn’t quite as sound as people would have thought since the martial arts movements were minimized and the need for Seagal was lessened.

The real need was for someone that could put on the suit and act like they knew what they were doing, and could also take the suit off and act like a reasonably convincing Bruce Wayne. Sorry to say, but Seagal doesn’t seem like he could have pulled that one off since in most of his movies he’s either a cop or someone that doesn’t really come from high society, and whether people think he has the acting chops to pull it off, the truth is that it would have been an awkward role at best. Cameron Bonomolo from Comic Book wrote that he never even auditioned, so it’s safe to say that it was something of a pipe dream or an errant fantasy that fluttered off the moment that Michael Keaton was picked for the role. At the time Keaton was known for doing comedy more than anything, and a bit of that kind of filtered through to make Bruce Wayne a bit of an eccentric individual that had more money than he knew what to do with, which worked perfectly. Seagal, being an action star at the time and having done quite well at it, never quite seemed to hit that same level of quirkiness as he was always a little too serious and didn’t seem to have the same kind of humorous side to him that Keaton did.

In terms of temperament Seagal might have fit the role of Batman quite well since his ability act slightly dark, moody, and to brood a lot would have allowed him to do well as the dark knight. But overall Keaton kind of came with the full package of emotions and the ability to really put it all together in a way that people liked and are still talking about three decades later. After all, out of all the Batman’s there have been he’s been one of the few that people have said actually did the part right and brought a bit of fun to it at the same time. If you compiled a list of live action Batman stars you’d likely see his name near the top of the list if not at the top since there are some folks that think Christian Bale would be edged out by Keaton. Affleck might make a close third at this point since so many people have been down on his version of the fabled vigilante, but it’s certain that Val Kilmer and George Clooney might be vying for the last spot, though of course Adam West might be keeping them company at the bottom.

The folks at Variety see it a bit differentlyÂ when it comes to ranking the actors who have portrayed Batman, but it’s a very subjective thing to be honest and whoever you happen to think was best is your own personal decision. But it’s not too surprising to find Clooney and Kilmer near the bottom, even if it’s kind of a shock to see West so high up. On this type of scale it seems as though Seagal might have been placed higher largely due to his martial abilities, which is kind of ridiculous to be honest but once again that’s the decision of those making the list. All in all it would seem that the role of Batman is typically going to go to someone that people either approve of or can’t understand since that seems to be how the list of actors that have put on the suit and mask have been received. Seriously, a lot of folks thought that Affleck was going to crush it and make the part of Batman all his, while others didn’t know what to think about Bale, and absolutely loathed Clooney when he put it on. But as far as Seagal goes, it seems fair to say that he would have been the most soft-spoken yet kickass Batman ever, but definitely not the best Bruce Wayne.