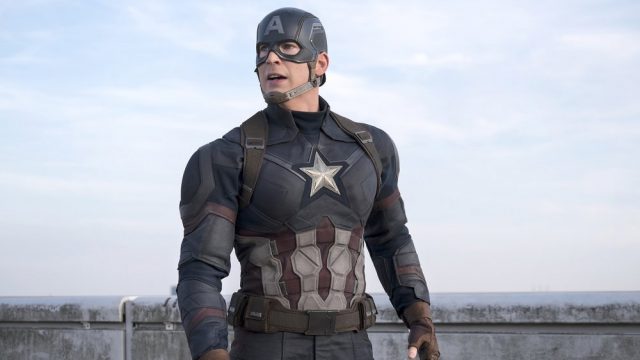 Other than Tony Stark and his Iron Man suit, far and away the biggest draw in the Marvel Cinematic Universe is Captain America.Â  In terms of gross of the films, Captain America is Marvel’s prized piece from a solo perspective and Chris Evans is highly adored by fans.Â Â  Perhaps it’s that Captain America is old school.Â  Perhaps it’s the fact that he’s just a fighter and doesn’t use as much fancy technology and artificial means as his other Marvel heroes do.Â  Granted he was turned into a Super Human by the government but you don’t see him use anything other than a shield which makes his heroics all the more impressive.

I guess you could say that Captain America is the most “blue collar” of all the Marvel superheroes and perhaps that’s his draw.Â  Honestly I don’t really know but I do know that Captain America’s fighting sequences are pretty sweet.Â  No matter what movie he’s in, you know you’re going to get something quality when Captain America does battle.

Which is why when I came across this video that includes basically every single Captain America fight scene imaginable, it was something that had to be shared.Â  Enjoy!