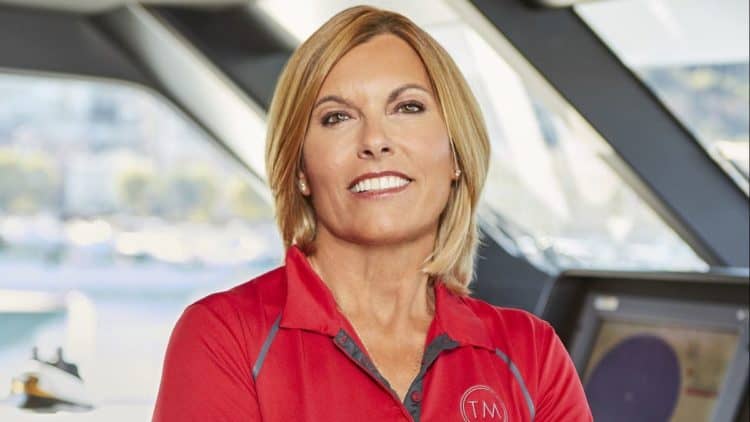 The popular reality television series “Below Deck” is a show that is all about drama, lifestyles and how one tough woman can captain a ship. Sandy Yawn is the captain of the sea-going vessel and she’s a lady who is sharp at business and knows how to run a crew efficiently, even if they don’t always cooperate. We got to know her as the captain, but what do were really know about her aside from the television series? We were curious and wanted to know more so we did a little digging into her career and history, and we learned some interesting facts that you might like to hear. Here are 10 things about Captain Sandy Yawn that you probably didn’t know.

1. She’s in a relationship

Sandy Yawn is involved in a romantic relationship with singer Leah Shafer. According to DreShre, the two have been seen dining out together in Denver, Colorado. Her partner likes the unique cuisine that is served at the True Food Kitchen Restaurant. Yawn is reported to have a girlfriend but she is not currently married.

Being a female yacht captain in a male-dominated industry has had its share up ups and downs. Sandy has had to work harder to establish her credibility, and there are still those who find it hard to believe that a woman can captain a ship as well as a man. We learned that a crew member had mistaken her for another member of the crew, asking if she was the chief stewardess. This didn’t make her angry or upset. She realizes that it’s very rare to see a female captain and it doesn’t bother her in the least, she shared.

3. Sandy is laid back but you shouldn’t cross her

Yawn is known for her laid back demeanor when it comes to drama, gossip and the little things that might get to some people. She has a big heart and a fairly thick skin, and she’s a very kind person. She considers how she’d like to be treated in situations and that is how she treats others, but she does issue a caveat with this disclosure. She warns that her kindness should not be confused for any kind of weakness. She’s a strong woman, fair, and even-tempered but if you cross her, you’re likely to get tossed off of her boat.

4. She came close to death

Sandy Yawn has had a couple of near-death experiences. She’s a motorcycle rider and she was involved in an accident that could have taken her life, but it didn’t. She got her share of injuries, but none of them were life-threatening. When the doctors performed a scan to identify a pain that she was experiencing, they saw a spot on her kidney. It was discovered that the spot was, in fact, stage 2 cancer. Finding the tumor at this stage saved her life as she was able to receive the necessary medical intervention to rid her body of cancer.

Leah Shafer, Sandy’s current girlfriend is a gospel singer who lives in Denver, Colorado. She was asked to sing at the funeral service for the late Beth Chapman, wife of Dog the Bounty Hunter, Duane Chapman. She sang the traditional hymn “How Great Thou Art” at the service.

6. Sandy likes her enough to relocate for her

The couple first met in 2018 in Los Angeles. They felt a very strong connection to one another, and although neither was expecting to fall in love, this is exactly what happened. Sandy Yawn’s feelings are so strong that it led her to move from her Los Angeles home to be with Leah in Denver, Colorado. This is an extreme move, but if the two want to have a normal relationship, the distance was a bit limiting.

7. Sandy and Leah have been publicly shamed

After announcing to the public that they were in a romantic relationship, Sandy and her girlfriend Leah have both been the target of relationship shaming. Yawn made the formal announcement of the new relationship to Cheat Sheet in an interview. It’s a shame that people feel the need to be so judgmental and not just celebrate the start of a beautiful relationship and wish them the best life has to offer. Perhaps in a perfect world, this would be the case.

8. People are attracted to her

There is something very special about Sandy Yawn that attracts people from all walks of life. She’s a powerful woman in her current profession as captain of a yacht. This is an unusual profession for a woman, but it shows how strong and capable she is. She discussed this topic at length in an interview and there is no getting around the fact that both men and women are sexually attracted to her. She’s a beautiful and powerful woman, so why wouldn’t they be?

9. Sandy has an interesting nickname

The crew of the yacht that she captains have given Yawn an interesting nickname. They call her the “bad*ss Captain.” When we heard this it made us smile because there’s a lot of truth in the statement. She is a “bad*ss.”

Sandy is very good at what she does. She’s spent thirty years learning the ins and outs of her job, but she’s very willing to impart the wisdom and knowledge that she’s accumulated to others who want to learn. She’s not pushy or bossy, nor is she condescending. Yawn is happy to mentor people and to help them to learn the things that are necessary about running and operating a yacht, which is no small proposition.