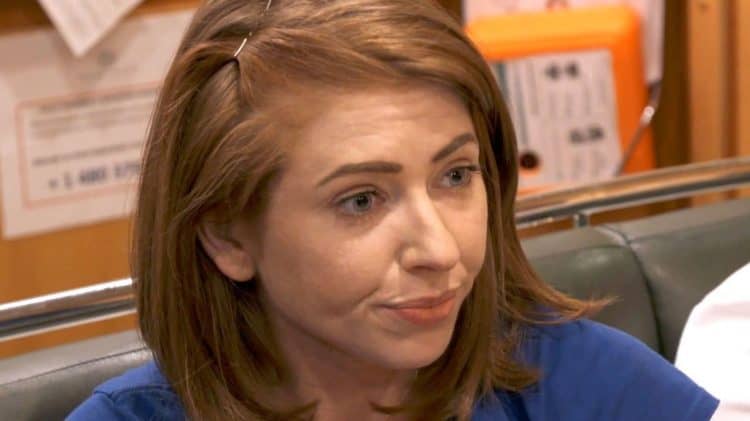 The question of “who is Caroline Bedot” is used to headline an article by Alison Cerri of Your Tango and it’s a pretty good question since if you don’t watch the show Below Deck then you likely don’t know who she is to begin with. Now that you’ve heard mention of her though there’s at least a chance you’ll look her up and find out just what kind of person she is and what she’s done. So far you might not find a whole lot of flattering information since despite the fact that some folks, including Alison, would love to stand up for her and offer excuses as to why her life hasn’t been a bowl of peaches, she has made a lot of poor decisions that might be rationalized away by those that feel her life isn’t her responsibility. Yes, cynicism of reality TV is very real, more real in fact than the shows that spawn such criticisms.

Here are a few things about Caroline you probably didn’t know.

10. Her social media following isn’t all that large.

In truth a person’s popularity and their life shouldn’t be gauged by their presence on social media but that tends to happen all the same since folks seem to lose their minds and say anything they want while thinking that there won’t be any consequences.

9. Recently she was arrested for larceny.

The way Elyse Dupre of E! News puts it, either the justice system has broken down suddenly and can’t get its stuff together or Caroline simply has no idea what “court date” means, nor does she seem to understand that breaking the law is still wrong no matter if you’ve been on TV in the past. Back in 2018 she found herself in trouble when her dog attacked another person’s dog while being unlicensed. She neglected to show up in court however, which is usually a big no-no.

8. It’s safe to say she didn’t get along with her superiors.

Despite whatever’s been said on the show and after her departure it’s pretty obvious that she held a bit of a grudge as she hasn’t been shy about telling people just how she felt about the captain and first mate. In fact it’s safe to say that she probably didn’t say half as much on the show as she did once she was gone.

7. There was something of a big deal when she stated that she was ‘homeless’.

She amended this to saying that she was between homes and not exactly homeless but people flipped their lids and turned out with moral support to tell her they understood and had ‘been there’ throughout this ordeal.

6. She seems the type to make a lot of excuses for her life.

It might seem like I have no pity, and I usually don’t, but listening to those that had everything they could want, a dream job on a charter boat, a steady paycheck, and even a growing fan base possibly, only to throw it away and make a dozen excuses as to why it became too hard or too toxic becomes quite old after a while. Yes there’s a great deal of stress to consider, but that’s a part of life no matter who you are.

5. One of her posts seemed a bit racially insensitive.

Asa Hawks of Starcasm captured this gem when Caroline tweeted that she had a ‘very Jewish attorney’ in relation to being sued by two credit card companies. That might seem like nitpicking and it kind of is, but in an era where folks like Caroline will touch upon every little hint and nuance that they can, it seems warranted.

4. It does seem as though she invites a lot of controversy.

A lot of what goes on in Caroline’s life seems to be stuff that she helps cause in one way or another. There are instances in which she had nothing to do with the drama that unfolded, but upon reading up on various stories surrounding her life it does seem as though she invites a lot of it in one way or another.

3. She was banned from attending the reunion of Below Deck.

Apparently the producers did this to protect her mental health, though she was a bit emotionally chafed that such a thing happened. However, there are some feelings that seem to indicate that she wasn’t entirely welcome.

2. Caroline seems to know how to play the victim.

This is dangerous and pathetic in a lot of cases since it takes the view away from those that are actual victims of circumstances that they had no control over. Those that play the victim card so often are too much like the boy that cried wolf since too often they seek attention for one reason or another that would be best given to those who are truly in need.

1. She knows how to play the blame game.

This was seen upon her exit from the show since she blamed a couple of other folks for her bad behavior and apparent lack of drive while on the crew. Feel free to roll your eyes as a lot of people might even entertain the notion of laughing.

There’s not much else to say really.