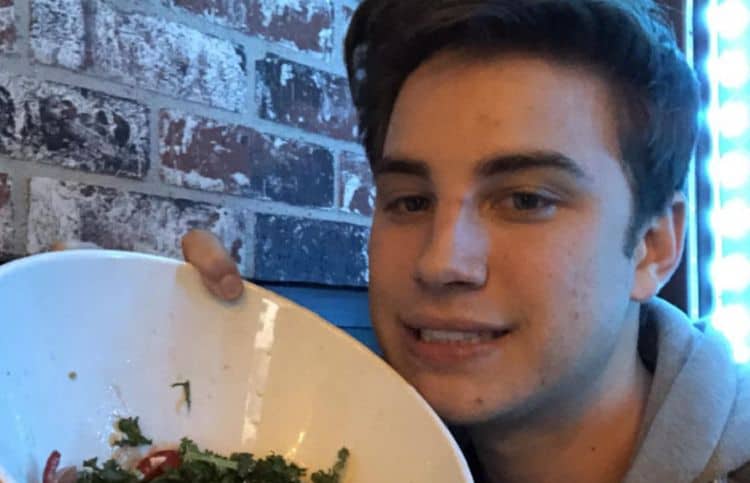 From an early age, Caron Rowland knew that he wanted to be a performer. It quickly became apparent to those around him that he was a special talent, and he began working his way towards breaking into the industry. After making his first on-screen appearance in 2015, Caron became unstoppable. He got his first major role when he was cast as Cole in I Am Frankie, and he has continued to move up from there. In 2020, he got another big opportunity when he was cast as Tyler in the Netflix series Sweet Magnolias. As fans get excited about the show’s second season, lots of people are interested in knowing more about Carson. Here are 10 things you didn’t know about Carson Rowland.

Carson was born and raised in Florida. Instead of attending the local public schools, Carson’s parents decided to home school him and his siblings. Although children who are homeschooled are sometimes criticized for a lack of social skills, Carson’s parents made sure he was involved in outside activities.

2. His Mom Inspired Him To Get Into The Arts

Many creative people struggle to convince the people in their lives that pursuing an artistic career is the right thing for them to do. Fortunately for Carson, he didn’t have to deal with that. Not only was his mom supportive of his journey from the start, but she’s also the person who inspired him to get into acting in the first place.

3. He’s All About Family

Carson comes from a close-knit family and his relationships with his parents and siblings mean the world to him. Although his schedule has gotten increasingly busy, he always makes time for his loved ones and he’s thankful to have them by his side every step of the way.

Acting is what has earned Carson a place in the spotlight, but it certainly isn’t the only thing he’s passionate about. He has been playing music for most of his life and he eventually graduated to singing and songwriting. He has released several songs and he has a YouTube channel where he posts music videos and live performance footage.

Since Carson is a Florida native, there’s no surprise that he loves being outdoors and hanging out by the water. Swimming and boating are two of his favorite water activities, but Carson is an avid fisher, too. Based on several photos from his Instagram profile, he’s also pretty good at it.

6. He Has A Degree In Neuroscience

Some people believe that in order to really achieve your dreams, you have to put all of your eggs in one basket. Carson doesn’t believe that though. While he is thankful to be doing something he loves, he also believes it’s important to have something to fall back on since the entertainment industry can be so fickle. For that reason, Carson decided to attend Florida Atlantic University and study neuroscience.

In an interview with Scott D. Clary, Carson said, “Since 2016, my career has taken off, so why not pursue what I love? But I need a plan B no matter what; if one day, I need a change, the option to go in to medicine will be there. I have a huge sense of pride in what I’ve accomplished so far, balancing my career with schooling, and I am just going to go wherever the road takes me.”

7. He Got His Start Doing Musical Theater

Carson fell in love with acting after being involved with a local musical theater group when he was younger. Participating in musical theater gave Carson the chance to do both of his favorite things at the same time. Eventually, he decided that he wanted to get into the TV world.

8. He Loves The Movie Nacho Libre

Is there one movie you’ve watched so many times that you can recite all of the lines word-for-word? For Carson Rowland, that movie is the 2006 comedy, Nacho Libre starring Jack Black. During an interview with Pop Culturalist, Carson referred to the movie as his guilty pleasure.

Carson is a man of many talents and this is something the world will come to see as his career continues. He has spent most of his career being in front of the camera, but he also enjoys telling stories from the other side. According to his IMDB page, he has two cinematography credits – both for short films that were released in 2020.

10. Joaquin Phoenix Is His Favorite Actor

Carson is officially on his way to becoming a star, but that doesn’t mean that he can’t still appreciate other people’s work. He enjoys watching movies and told Pop Culturalist that Joaquin Phoenix is his favorite actor. If you’ve ever seen any of Phoenix’s work it’s easy to see why he would be at the top of someone’s list.