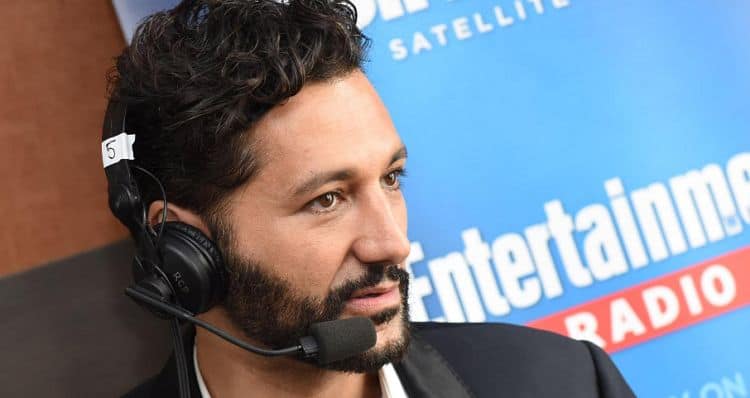 Over the course of the last four decades, Cas Anvar has gone from an unknown actor to an international star. He has appeared in a wide variety of TV shows and movies and he has gotten to work with some of the biggest names along the way. What you know him from will depend almost entirely on what kind of things you like to watch. However, he is probably most well-known for playing Alex Kamal in the TV series The Expanse. Cas’ ability to bring strength and charisma to every role he plays is something about him that has never gone unnoticed. What’s most impressive about Cas’ career though, is the fact that he’s nowhere near finished yet. Continue reading to learn 10 things you didn’t know about Cas Anvar.

1. He Was Born In Canada

Cas Anvar was born and raised in Saskatchewan, Canada and he come from a very diverse background that includes cultures from all over the world. His ancestry is made up of Indian, Lebanese, Latin, Perian,  and Iranian roots. Currently, he splits his time living between Toronto and Los Angeles

Cas attended McGill University where he studied psychology although it’s unclear whether or not he graduated. On the surface, acting and psychology may not seem like they have much in common, but in reality having a good understanding of psychology can be a great way to help get into character.

3. He Has Been In Video Games

Even if Cas’ face doesn’t look familiar to you, there’s a good chance you’ve heard his voice. He has been in a few video games. Some of his video game credits including voicing Altaïr ibn-La’Ahad in the 2011 game Assassin’s Creed: Revelations and Mullah Rahmaan in the 2012 game Call of Duty: Black Ops II.

4. He Is A Formally Trained Actor

In addition to going to school for psychology, Cas also spent time studying acting. He graduated from the National Theatre School in Quebec in 1989. In addition to Cas, the school has a long list of other notable alumni including Colm Feore, Luke Kirby, and Sandra Oh.

Seeing different parts of the world is something a lot of people will never get the chance to do, and Cas is thankful that he’s been in a position to visit places near and far. On top of living between Canada and the United states, Cas has visited places such as China and Italy

Cas’ name may not be as widely known as come of his contemporaries, but his resume can stand up next to almost anyone’s. Over the years, he has earned 103 acting credits and the number is still growing. He also has theater experience and is the founder of a theater company called Repercussion.

If you’re the kind of person who likes to keep up with your favorite celebrities online, you’ll be happy to know that Cas Anvar is very active on social media. In addition to Twitter and Instagram where he likes to interact with his fan, he also has a YouTube channel. His channel includes a variety of content from demo reels to clips from his daily life. His channel has 11,000 followers and more than 414,000 views.

If you’ve ever tried (and failed) to learn another language then you know impressive it is that Cas can speak six languages. He is fluent in English, Persian, and French. Additionally, he can speak some Spanish, Arabic, and Hindi. As far as we can tell, however, English is the only language he’s acted in professionally. The fact that he is familiar with so many languages probably comes in very handy during his travels.

9. He Loves Giving Back To Others

Acting may be Cas’ job, but he believes he has a responsibility to do more than just entertain people. Cas has worked hard to use his platform as a way to give back to those in need. He has helped raise money for several causes included prostate cancer research with the Cancer Society. Cas has also used his voice to raise awareness to other causes that are important to him.

10. He Likes To Play Dungeons And Dragons

Cas may be good looking and smooth, but that doesn’t mean he doesn’t have a little bit of a nerdy side. He is a big fan of the classic role playing game, Dungeons and Dragons. On occasion, he has even gotten his fans involved by including them on social media.