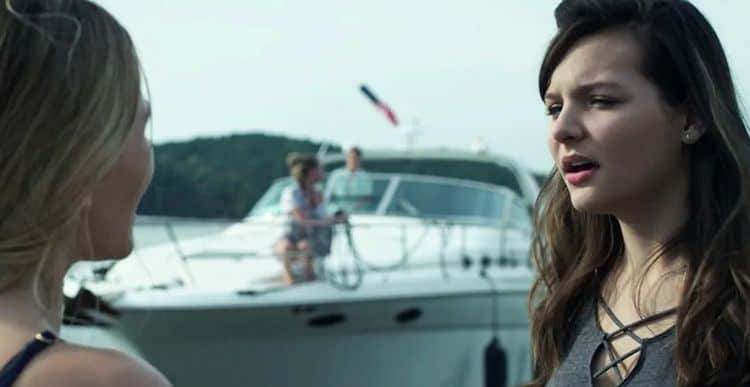 You might be looking at Cassady McClincy and wondering where you’ve seen her before since she seems familiar. That’s pretty normal since the young woman has in fact been gaining a reputation in show business as she’s been seen in a few different projects throughout the last several years. She’s been doing her best to build her career and her name as she’s taken to the screen in an attempt to stand next to and hang with some of the bigger names in the industry to show what she can do. She’s definitely one of those that belong to the upcoming generation and is paving her way thus far with one act after another that’s showing just how good she can be and what she can do when given a part of some significance. She’ll definitely be a person to watch as the years go by and she hopefully continues to get one role after another.

Here are a few things about Cassady you might not have known.

10. If you’re trying to place her, she’s been on The Walking Dead.

This is one of the most prominent areas she’s shown up in as of late since Lydia has been something of a problematic character in the past and was one reason why the Whisperers attacked and wound up killing several people that came as a surprise to a lot of people.

9. She showed up in Ozark as well.

The show helmed by Jason Bateman has been one that’s been rather gritty in its delivery at this point but has still managed to capture the attention of a lot of people since it’s been grounded and down to earth while still being thrilling enough to keep viewers coming back.

She was only ten years old when she started up and so far it would seem that she’s been doing just fine in her career as she’s currently moving up the ranks and gaining more and more attention as she continued to pop up where people might or might not expect her to.

7. She does have a healthy following on social media.

Like a lot of actors she’s been pretty active on social media trying to get her fan base established and get herself out there where people can see, and it’s worked so far. She has well over a hundred thousand followers that are logging in to see what she’s up to, what she’s doing, and what might be new with her career.

A lot of young actors seem to be on the way up at this point and those that are in the generation above them are moving forward as well. The current future of show business doesn’t seem to belong to any one generation since those that have been there a while are still going strong, but the younger folks are starting to make their voices heard as it tends to happen now and then.

5. She’s been listed as an Instagram star as well.

It’s hard sometimes to realize that a person can become noticed by people for a number of different things these days thanks to the internet and everything it has to offer, but Instagram is without a doubt one of the biggest ways that people can get the attention of others.

4. Not much is known about her dating history.

If she has time for dating or has a boyfriend and keeps it on the down low that’s kind of her business since otherwise it’s likely that people are going to want to know every little detail about what she’s doing, and to be quite honest it’s no one else’s business.

One could say this is low but then one could say that she’s still pretty young too so it might be that her net worth will continue to rise as the years move on and she finds bigger and better roles throughout the length of her career. She’s been in the business for a while, but there’s plenty more to come it would seem.

2. Thus far she’s been pretty low-key in terms of her career.

Her credits don’t stretch as far as some her age but then she’s still got a lot of time left in her career if she wants it and is already showing a lot of promise, so it might be that we’re just seeing the barest scratches on the surface of her potential and could see a lot more in the years to come.

1. Thus far there have been no big controversies that she’s been linked with.

Like always this is a massive bonus for any actor since getting involved in anything that gives the media a chance to dish on them and what’s happening in their lives is bound to be a less than pleasant revelation.

Here’s hoping that her career keeps going without any snags.