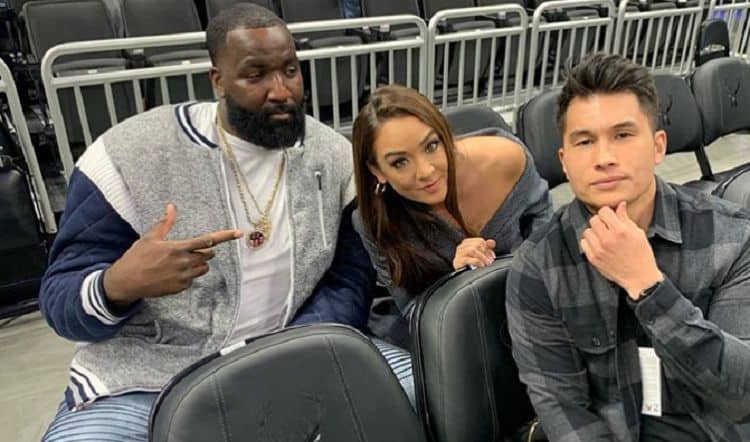 Cassidy Hubbarth was for a long time a host but longed to get the first-hand action. Therefore when Tim Corrigan entrusted her to be a sideline reporter, she knew she had to deliver beyond his expectation. She did not disappoint, and since then, her star has been on the rise. Her experience, however, is not limited to sports anchoring and reporting alone, she once was a traffic reporter, but with NBA being her passion, Cassidy always gravitated towards basketball. As a child, she played all sports apart from hockey. Here is more about Cassidy that you most probably do not know.

The Bred 11’s were fashionable shoes during Cassidy’s childhood, but she could not afford them. Now that she has the money to buy them, she treats the shoes with such high regard that you will never catch her walking around in them; instead, she reserves them as part of an outfit. Consequently, since she could not put on stilettos during the Summer League, her Bred 11’s were the best option.

A lot has been posted on Twitter, sometimes to the detriment of a person’s career; for example, Danny Baker, a broadcaster, tweeted about royal baby Archie using a chimpanzee photo, and it was assumed it be racist hence he was fired. Cassidy knows the weight each tweet can have on her, so she is careful. The anchor says her job is to be a reporter, not a social media personality; therefore, before she posts anything, she has to ensure that it is accurate, and she can back it up if need be.

3. She comes from a humble background

Cassidy does not come from a wealthy family; therefore, even though she knew that she wanted to do broadcast journalism, she wondered if she could accomplish her dream. With the lack of financial muscle to afford tuition fees, Cassidy relied on scholarships to go to the University of Illinois. However, Northwestern had a much better journalism program, so Cassidy wanted to transfer there. To this day, she does not know how her parents managed to get to her to Northwestern; all she knows is that she applied, was accepted, and within three years, she had graduated.

4. Her idea of having a good time

In 2017, Cassidy told Sports Business Daily that she had been in New York for over seven years but had barely dug the surface of what the city has to offer. She confessed how much she enjoys going to museums, and although she loves the theater, she felt she did not spend as much time watching plays as she should. However, she compensates that with visiting restaurants because while others would prefer to go out clubbing, Cassidy thinks the best way to spend an evening is by having great company sharing a meal.

5. How she came to love college football

When Cassidy was young, NBA was her first love, and it remains her heart and soul. However, professionally, she loves college football, but it took a while for her to appreciate it. At Northwestern, there was no fierce competition; hence it lacked the thrill. When she landed a job at Fox Sports covering SEC football, her job description entailed Cassidy visiting different SEC schools during the weekend, and seeing how much everyone else was so excited to watch the game made Cassidy realize she had been missing out.

6. Her favorite places to eat pizza

In Chicago, Cassidy cannot get enough of New Haven-style pizza, which she describes as the “bomb.” Therefore whenever she can get a slice of that, she thoroughly enjoys it. Peace serves the best New Haven-stylee pizza according to Cassidy, but if she has to eat a deep-dish pizza, then Gino’s East ranks at the top. She knows that for most people, they would have to pick Lou Malnati’s or Giordano’s, but for Cassidy, these two come second and fourth, respectively.

7. She met her husband in her workplace

Everything happens for a reason, and when Cassidy had to work at Kellogg School of Management at Northwestern to pay for her education, she met the man that would become her husband. She does not speak much about her family or husband, but he was a student at the university. The two got married, and in 2018, she was pregnant with her first child. She went on Instagram to reminisce how she had to work in the summer heat while she was expecting, and now that the baby is here, she looks forward to making more special memories with her.

8. Her first time working on a developing story

Cassidy prides herself with so many career milestones, but it’s not until one tragedy happened that she could say she covered a developing story. The journalist expected January 26, 2020, to be a day like any other; she was preparing to leave home and go to the network’s studio when she received the news that Kobe Bryant had died in a plane crash. While she hoped it was fake news, her husband encouraged her to seize the opportunity. With her lack of experience, she had to call Bob Ley to help her navigate through the news.

9. Who inspired her to be a sports anchor?

The sports anchor enjoyed watching basketball games, and she would root for the Bulls, Cubs, and Bears, according to Capital Gazette. However, her interest in the game has always been as a spectator until she watched Pam Oliver as a sideline reporter and realized that she could get to watch the game and interact with the players as well. That moment became a life-changing as it dawned on her that a career as a sports anchor was good for her.

10. Her advice for those who want to join the industry

Sports anchoring may be a male-dominated industry, but with respect, Cassidy believes that even the women can make it. She opines that if one can respect that it is an industry like any other and sacrifice, then one can carve for themselves a prosperous career. She adds that one must be professional regardless of the story being told and always strive to be authentic.