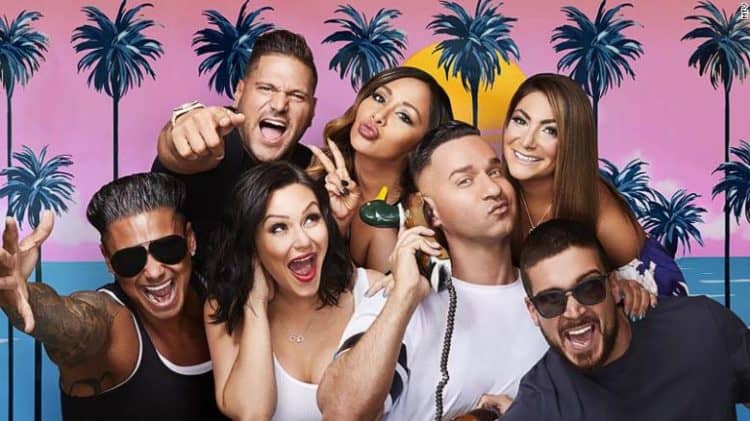 In 2009, MTV introduced us to the world of Jersey Shore, and the world of reality TV has never been the same since. Within six seasons, the show became an integral part of that generation’s pop culture. It became such a hit that so many other shows spawned from it. The show wouldn’t be the same without its unbelievably stereotyped characters, and many will remember their names for a long time. If a Jersey Shore biopic were ever to be made about the housemates that once took over the world, here are the people whom we think would play their roles the best.

Every single character on this reality show was definitely a memorable personality, but the show wouldn’t have been the same without Pauly D. He had that quality about him that made him a natural leader among the group. For a biopic, we believe that someone like Stephen Coletti might be a good choice to play Pauly D. He may not be as recognizable by name, but Coletti’s face is something that’s difficult to forget. One of Coletti’s most popular roles was as Chase Adams from the popular TV teen drama One Tree Hill. He starred alongside friend and co-star James Lafferty. The two talented actors recently created their own TV show titled Everyone’s Doing Great, and it seems we’ll be seeing more of Coletti than ever. For a Jersey Shore biopic, we just believe he can bring the charisma that Pauly D has.

It’s difficult to find someone with the spunk and look of Snooki. The truth is there are really not a lot of people like her out there. But that’s the challenge for many actors out there. They have to portray characters that are just sometimes impossible. We picked Sarah Hyland to play the difficult role of Snooki because we believe she can pull it off. Hyland is incredibly talented, and we’ve literally seen her grow up to be an amazing actress on screen. She’s most known for her role in the highly successful TV show, Modern Family. Hyland may not look at all similar to Snooki, but Hollywood magic can make that part happen along with a little bit of tanning. When it comes to spunk and personality, we’re sure Hyland’s got what it takes to make the role of Snooki happen.

3. Shia LaBeouf as Michael Sorrentino aka The Situation

You might think it’s long shot to try and cast Shia LaBeouf in a Jersey Shore biopic, but just remember that this is the same actor that also did movies like Nymphomaniac. LaBeouf has always presented himself as some sort of a rebel of the arts, and playing Sorrentino in a biopic would just fit into that schematic. LaBeouf is no doubt talented, and that much talent is required for someone to totally represent Sorrentino and his unique personality. Sorrentino recently got out of prison after serving his 8-month sentence for tax evasion and other violations. There’s definitely a dark side to Sorrentino that’s known to most people that followed Jersey Shore in the late 2000s. Either way, he was fun to watch, and it certainly would be fun to watch a talented actor such as LaBeouf put life back into this character.

We’ve seen Margot Robbie transform herself into her roles in recent films. She was amazing as Harley Quinn, and she was equally exceptional as Tonya Harding. Robbie’s got a knack for portraying very specific characters, and we believe she can definitely pull of Sammi Sweetheart naturally. Formally known as Samantha Giancola, Sammi Sweetheart has transformed herself these days, and she’s now a successful businesswoman and occasional TV personality. Margot Robbie has the skills to capture Sammi’s nuances, and she’s also got the experience in portraying over the top characters. Sammi is probably one of the mellowest out of the cast of Jersey Shore, but she’s also got personality like no other. It’ll be interesting to see Robbie fit into that role and get a different look yet again.

There’s a slight similarity here when it comes to looks, but this is just one of the reasons why we think Nina Dobrev could play JWoww in a movie. Dobrev is most known for her role in The Vampire Diaries, and she always comes across as some kind of damsel in distress. That’s completely opposite of how JWoww is, so it’ll be truly interesting to see Nina Dobrev in a completely different role. Dobrev’s most recent project was a CBS TV comedy called Fam, which was about a newly engaged couple navigating their future family life. Unfortunately, the show was canceled after one season due to poor writing and production. It had nothing to do with Dobrev’s skills as an actress, of course, and we’re thinking something like the role of JWoww might suit her better.

We know that Nick Jonas is a singer, but he’s done enough acting gigs to qualify him to play the role of Vinny in a Jersey Shore biopic. Vinny has always had Nick Jonas vibes, or it may very well be the other way around. They have similar looks and similar styles. Given Vinny’s recent Chippendale news, it also helps that Nick Jonas can get down and dance when needed. Some people may not know it, but this Jonas brother actually has more acting experience than he lets on. He started acting in Broadway at the young age of 8, and he’s also done some stage work as an adult. He’s a remarkably talented individual that might make it big in movies if ever he gave it a chance. If this biopic ever goes through, Nick Jonas as Vinny will be reason enough to watch the entire thing.