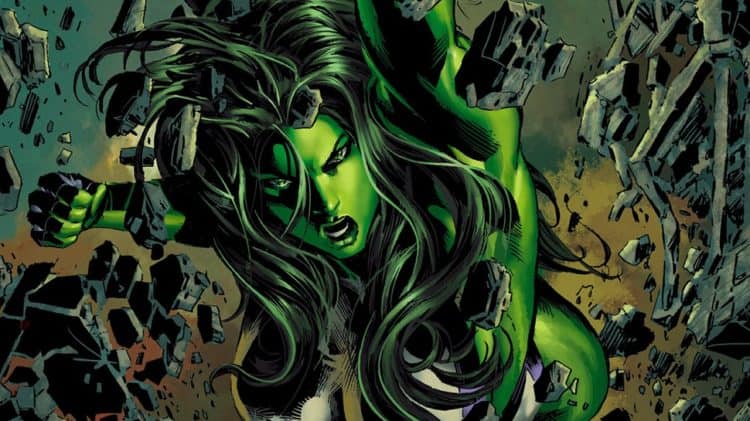 As much as people would love to see a feminine version of the Hulk, and it’s a desire that a lot of people have, She-Hulk is still a character that, as Corey Hutchinson from ScreenRant reminds us, is not full allowed to be utilized by the MCU just yet. Much like her cousin Bruce Banner, Jennifer Walters can turn into a green-skinned, super-strong juggernaut that’s not quite as strong as the Hulk but can at least utilize the reason and logic she has while not powered up. She-Hulk has been around for a while and hasn’t really gained the same type of popularity that Bruce has, but at the same time it seems like it might be overdue that we get to see a film with her in it. At this point though it feels as though she might have to be brought in as part of a team just as Hulk was.

There would be a distinct challenge with this character though since the fact that she’s big, strong, and still able to function in terms of abstract thought and reason means that the casting director would either have to find a big and imposing woman that could act the part either way, or go the same route they’ve gone with Mark Ruffalo, which is to use a smaller, less imposing person and then increase the level of CGI. The latter would probably be preferable since quite honestly Jennifer Walters was never that imposing in the comics, but She-Hulk is someone that stood head and shoulders above many of the male superheroes on whatever team she belonged to. This means that obvious choices like Ronda Rousey, who can play big and tough as Katherine Webb from ScreenRant might agree with, but still has kind of an issue being believed as meek and mild, would be out. Joanie Laurer, also known as Chyna in the WWE, might have been a good choice back in the day if this idea was being moved towards TV, but sadly she passed away a few years back.

That would leave the idea of bringing in a woman that’s not physically imposing but still has a definite ability to throw some attitude and keep up with the men when it comes to her intellect, since She-Hulk has for a long time been a rather smart woman. For this role my money would be on Isla Fisher, and I’ll explain why.

To start with Isla Fisher isn’t a big woman, which is perfect for the She-Hulk character just as it was for the Hulk. The smaller, unassuming character that turns into the big green rage monster (She-Hulk does still change when she gets angry) is a classic look that doesn’t disappoint. Isla is also just old enough that she could act as Bruce’s cousin and not seem too old or too young, and she has the capability of showcasing a temperament that’s somewhere between kind, generous, and then out of control if you can recall her act from Wedding Crashers. While going nuts as she did in that movie isn’t exactly the goal it’s the fact that she can get angry quickly and thus unleash her own inner Hulk when needed. Even more interesting though is that eventually She-Hulk gained far more mastery over her her change and decided to become the green-skinned beauty on a permanent basis since she decided that it was preferable to being seen as less than what she was. In other words her She-Hulk form was the idealized form that she wanted and finally stuck with.

The reason that She-Hulk needs to join the MCU is simple, she was created by Stan Lee as one of the last characters he would ever bring to life and she’s been around for long enough that she needs to finally join the group. Being that she was created due to a blood transfusion between herself and Bruce Banner when she was mortally wounded it’s a very easy story to write and one that would introduce a character that needs her time in the spotlight. One might think that it could even lead to a meaningful cameo by Bruce Banner and possibly the Hulk if it came down to that. But quite honestly the most important casting would be She-Hulk, while all others, aside from Bruce, would be up in the air and subject to the best picks that could be made. The downside about She-Hulk is that she did act as an add-on to the Avengers and many other heroes a lot of times despite having her own adventures. It might pay to pit her up against a major villain that she was able to contend with should she get her own movie, just to establish some form of dominance that shows how incredible she really is.

But hands down, Isla Fisher and the best CGI team one could find would be the best fit for this movie.