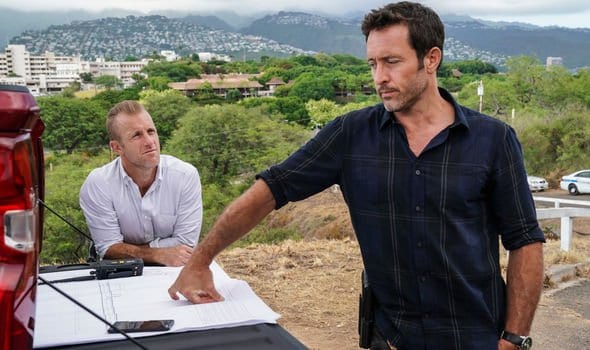 Hawaii Five-O has been a rather popular show since it came back, in fact it was still considered a popular show in its first run back in the day, but what if it became a movie? It might seem as though the regular cast that we’ve seen as of late would be selected to play the parts they’d been occupying for a while, right? Well, just for the sake of argument, there’s likely a lot of other people that could be tapped for these parts, as transition to the big screen from the small screen is bound to need a few changes. Hopefully the venue would be kept largely the same since green-screening everything would be kind of noticeable after a while. But with that in mind there’s a lot of speculation over just who would work for each role. For the sake of time and expedience I only took down the top five that have been on the show the longest, just to keep things simple.

Here are five choices that could possibly star in a Hawaii Five-O movie.

Some of these picks might seem as though we’re stereotyping just a bit but considering the source material and the need to keep things diverse it’s important to remember that we’re also looking at skill. Steven Yeun has been involved in a wide number of projects throughout the years, though of course his best and most tragic appearance came in The Walking Dead as Glenn. Thankfully it’s not too soon to say that he went out and made a huge impact in the show, which helped to catapult him forward into future stardom. At this point he definitely seems like the guy to call for a role such as this since he looks the part and could pull it off.

Kelly feels really under-utilized sometimes, especially considering that she’s a great actress when she’s really given a chance. In fact it’d be great to see her come back to the X-Men if Disney was willing to give her a chance again since her version of Lady Deathstrike was absolutely lethal and despite the obvious dulling down of the bloodshed in her fight with Wolverine, she proved that she’s able to go megaton just as she’s been able to show that she can dial it back and play a more dramatic role. After all, finding people for a movie like this is more about talent than anything and she has plenty of it.

This might be a more difficult choice since Iko is first and foremost an action star and he’s usually the guy kicking ass in the movie. But honestly to see him diversify and play a role such as this would be kind of interesting since it would force him out of his comfort zone a bit and into something that might actually force him to act like more than a badass. It’s true that he’s shown he can do such a thing, as otherwise I wouldn’t have bothered putting his name down. Something about Iko is interesting to me when it comes to his acting ability and it would be nice to see that he could do something other than be a hard-hitting action star.

The cocky attitude is what really drew me to Efron since he’s so good at it and he can still do action when called upon to do so. His stint in Baywatch wasn’t appreciated nearly enough, but then critics don’t always know the best since the movie was pretty funny and insane in some ways that couldn’t really be discounted. But the bravado, the ability to just be the kind of guy you can depend on but still be the cocky jerk now and again is one of Efron’s specialties, and it’s something that he should be given another chance to do since it’s an act that he’s almost perfected in a way.

This is a matter of putting someone in there that can look the part of the guy that isn’t really the elder statesman but is still the guy in charge and can give orders when he needs to. Dylan has that sense of presence that’s not too forceful but is strong enough to make other people pay attention when the moment is right and he needs to take command. This cast so far would be kind of a dream that might not be amenable to the thinking of others, but is still something that I feel is workable and could be allowed to flourish if they were given the right director and the right leadership to make it happen.

Whether or not we’ll see this movie is hard to say, but I can easily bet that others would have their own selections for these roles and several others.