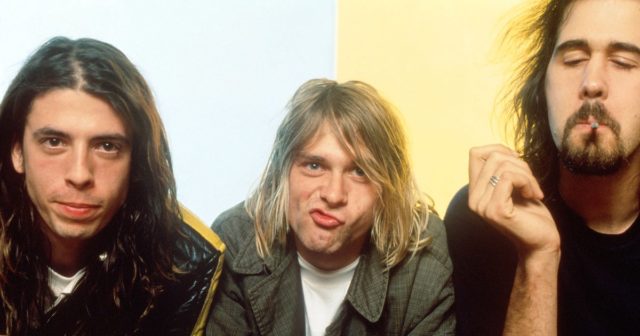 The band Nirvana helped define an era. Nirvana was instrumental in establishing the “Grunge Rock” genre during the late 1980’s and the early 1990’s. Before his suicide at 27 years old, founding member Kurt Cobain helped define a “Generation X” and will always be remembered for his artistry. There have been books written and plans to make films about the band for decades. In 2005 Gus Van Sant directed a movie, “Last Days” loosely based on the band and Kurt Cobain’s last days. A 2015 docudrama directed by Benjamin Statler “Soaked In Bleach” followed the last days of Cobain’s life told from the perspective of Tom Grant, a private detective hired to find Cobain who had gone missing from a Los Angeles rehabilitation center. As Nirvana has a lasting legacy on pop music and Cobain’s death has always been questioned by his fans, talks continue to make a biopic.

Here are some great ideas for casting a Nirvana movie biopic.

Kurt Cobain was born on February 20, 1967 in Aberdeen, Washington. As an only child, Kurt was torn when his parents divorced when he was just 9 years old. Art and music ran in his family and poetry, drawing and music were always an outlet for Kurt. Cobain was a rebellious teenager however and spent time staying with friends, sneaking into his mother’s basement to sleep and being homeless. As a young man Cobain was the epitome of the classic “Gen-Xer” or at the time called the “slacker generation”. Handsome and talented yet small framed, Cobain fit right in the Seattle Grunge scene and helped found the music genre that combined hard rock, pop music and punk to create a unique, popular sound.

Kurt Cobain suffered a history of depression, chronic bronchitis and stomach ailments and heroine addiction as a young adult. However, he quickly rose to fame with the band he founded in 1987, Nirvana, along with his troubled marriage to punk/grunge rock star Courtney Love. Perhaps always an old soul, Kurt Cobain killed himself in his Seattle home after days of being missing from a Los Angeles rehab facility. Kurt Cobain left a suicide note before shooting himself in the head with a shotgun in April 1994.

Cobain was called “the last real rock star” and “the spokesperson for a generation”. Gus Van Sant directed “Last Days” which was released by HBO in 2005 which was loosely based on Cobain’s life. Michael Pitt played the rock star in the film. In the 2015 docudrama Cobain was portrayed by Tyler Bryan. In 2008 talks began about making a biopic about Nirvana. Courtney Love’s pick to play Kurt was Ryan Gosling. Ewen McGregor’s name was also tossed around. Other possibilities of actors to play Kurt Cobain include Robert Pattinson and Jared Leto. British actor Joe Anderson of “Across the Universe” is definitely a contender for the role.

Joe Anderson. Although a bit old for the part, Jared Leto has expressed interest.

Nirvana’s co-founder Krist Novolselic was the band’s bassist. Novolselic is talented, tall and was a bit of an oaf. He can be remembered for tossing his bass guitar in the air at the MTV Music Awards only to have it hit him in the face. One of the main contenders to play Krist Novoselic in a Nirvana biopic is Jason Segel. Other possibilities include Michael Shannon or Matthew Lewis.

Dave Grohl became Nirvana’s drummer just as the band was taking off. He went on to honor Kurt Cobain and Nirvana by releasing songs from the band after Cobain’s death. Grohl went on to form the band Foo Fighters and remains important to pop-rock music today. Efren Ramirez, Pedro from “Napoleon Dynamite” or Adam Driver from the television series “Girls” and “Star Wars: The Last Jedi” certainly have the right look to play Grohl.

Courtney Love is Cobain’s widow and the mother of their now grown child Francis Bean Cobain. Love was a music star in her own right as the founder of the punk/grunge band and because Cobain and Love’s story is intense, she would definitely be a part of a Nirvana biopic. Love has said she would like Scarlett Johansson to play her. Frontrunners for the role would be Amber Herd, Rooney Mara and Dakota Fanning.

There have been several biopics about important bands, particularly ones where one of the major players died to young having succumbed to the pressures of instant fame and drugs. “Sid and Nancy” and “The Doors” are just two. Gus Van Sant has already directed a film based loosely on Nirvana. Benjamin Statler directed “Soaked In Bleach” about Curt Cobain’s death. Marc Foster and Oren Moverman have been attached to Nirvana projects. Brett Morgen has been called “the mad scientist” of documentary films by the New York Times and has worked on Nirvana projects in the past, so he would be the top contender to direct a Nirvana biopic.