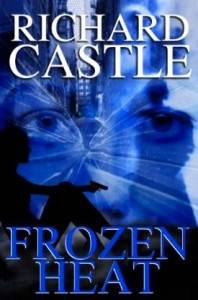 The fourth book penned by Castle star Richard Castle, “Frozen Heat” will be released on September 11, but ABC is giving the show’s fans an opportunity to read chapters from the book prior to its release.

Want a sneak peek at the book?Â  ABC has released the first two chapters:

But that’s not all! Every Monday until the Castle Season 5 Premiere on September 24 at 10/9c ABC will be releasing a new chapter of Frozen Heat on ABC.com.