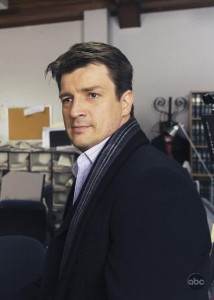 CASTLE AND BECKETT TRY TO SOLVE A MURDER CASE TIED TO A MULTI-MILLION DOLLAR HEIST, ON ABC’S “CASTLE”

“The Third Man” – Mysteries abound when a family returns from vacation to discover a dead man in their daughter’s bed. Thinking they’re investigating the murder of a squatter, Castle and Beckett soon find themselves unraveling a multi-million dollar heist. Meanwhile, Castle tries to keep Beckett from finding out that they’ve been romantically linked when he’s featured as one of New York’s 10 most eligible bachelors, on “Castle,” MONDAY, JANUARY 25 (10:00-11:00 p.m., ET) on ABC.