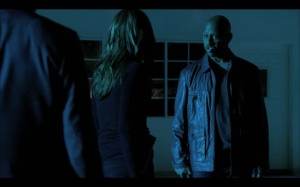 Before we start analyzing last night’s Castle season 3 finale, I must warn you that this review will be spoiler heavy. If you have not watched the episode yet, do not read this. Trust me, you want to watch it completely unspoiled. It will be a much better experience and the cliffhanger will have a much bigger impact on you.

The first thing to come to mind upon watching ‘Knockout’is wow. I had been holding onto ‘Knockdown’as the best episode yet of the series, but the season 3 finale? It blew ‘Knockdown’out of the water. Ever since I started watching Castle, I have been a huge fan of Will Beall’s writing. He was the guy who always took the responsibility of penning the episodes about Beckett’s mom’s case and he always did a wonderful job. It seemed like every episode he would outdo himself. Last night’s episode was no different. Except this time, he set himself apart from every single other episode in the history of the show. Now there are all the episodes until ‘Pretty Dead’and then there is ‘Knockout’in its own league.

The expectation surrounding this episode had been reaching an epic high as the finale date approached. The last few days before the episode aired had the fandom in a frenzy, since there had been so many vague spoilers and photos and sneak peeks released that just heightened everyone’s anxiety. I confess that I was half dreading this episode because of the hype. I was terrified that it wouldn’t live up to my expectations like the LA episode didn’t.

But I should have known that we were in good hands and I am very confident when I say that this is, bar none, the very best episode yet. I know I said the exact same thing about ‘Knockdown’a few months ago, but nothing could have prepared me for the out of this world hour of television I experienced last night. ‘Knockout’not only lived up to my expectations, but took those expectations and threw them out the window. It surpassed anything I was hoping for. 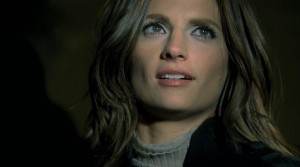 With all the spoilers flying rampant for the past few weeks, we all knew someone was going to die. My money had been on the Captain from the start so that was no surprise for me. When we got the spoiler that there would be a betrayal, my money had also been on the Captain. So that part, while extremely well done — and it didn’t exactly play out the way I had thought it would — was no shocker.

However, I was not expecting that cliffhanger. At all.

My friend was laughing at me after the episode ended because all I could manage to say was ‘Oh, my God’over and over again. That last scene when Kate is shot and Castle tells her he loves her, begging for her to stay awake was the real shocker of the episode. I would never, ever have expected something like that. The L word? I am still stunned. The entire thing was so shocking and so unexpected. Up until the moment Castle jumps to knock her out of the way, I honestly thought the bullet would miss her.

But we should discuss the rest of the episode first before getting to the end, right?

Mr. Marlowe, you have made me so proud. Pretty much all the issues I pointed out in the lack of continuity article a couple of weeks ago were taken care of last night. I still have a pickle with the Josh situation, but everything else? Well done. Now I understand that you had a plan. I am still not entirely happy with how it was handled, but I loved that everything is out there now. All the cards are on the table and they cannot back out from this.

I knew Kate would be at her most vulnerable with her emotions all over the place, but it was heartbreaking to see her almost completely lose it. Two scenes in particular stood out for me. When they find the chopper at the hangar and she is mumbling to herself about what she should do and it looks like she can’t really string a sentence together and her voice starts breaking. When Castle asks if she is okay, she obviously says she is, but you can clearly see that she is broken inside.

The other one was when she asks the boys to recheck everything and they stand up to her and say they had already been through all those records. That scene is so great for so many reasons. First, because I think it was the first time we saw Ryan and Esposito defy her; second, because Kate really lost it there and it was crystal clear at that moment that she would not back down from this. 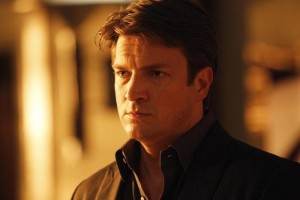 Something else that I noticed is that Castle really, really knows her, despite her claiming otherwise. When they are interrogating the prison guard’s friend, the way he kept looking at her. He knows her every expression; he knew exactly how she was going to react. That scene that seemed so simple at first was very telling about how far they both have come. Not only that, but how deep his affection for Kate is and that wasn’t even the best scene to illustrate that. But more about that in a minute.

Before the episode aired, I was so thrilled that Jim Beckett would make an appearance. I had no idea, however, that he would be the one to reach out to Castle. What we got from that moment was that Kate talks to her dad about Castle and obviously gave him the impression that he is someone very important in her life. The fact that Papa Beckett went to Castle to ask for help just served to emphasize that Kate trusts him so much that everyone around them already picked up on that. After all, the Captain told Castle the exact same thing.

In hindsight, Captain Montgomery’s betrayal was slowly revealed. Back in ‘Knockdown’, he kicked her off the case and told her with an absolute certainty that Vulcan Simmons was not the guy who had killed her mom. During ‘Knockout’there were several instances that gave him away, but I only noticed them the second time I watched the episode. The one that is most obvious is when Castle starts talking about the third cop. If you pay attention, the Captain looks away and his entire posture screams guilty. Props to Ruben Santiago-Hudson who played every single one of those subtle moments beautifully.

I admit that for a moment there, I thought he was actually going to try and kill Beckett. When he calls her and tells her to meet him at the hangar just like Lockwood told him to, I thought that that was it. He was going to try to kill her and she would shoot him in self defense and that was how he was going to die. I most definitely was not expecting what actually happened. That entire sequence was just so raw and poignant and beautiful that I confess a few tears were shed. I was completely surprised when Castle showed up and heartbroken when he had to drag her away kicking and screaming, knowing that Captain Montgomery was going to die. 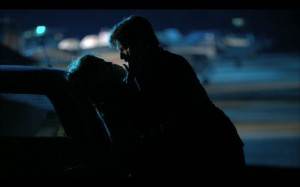 In fact, the editing in this episode was simply stellar. The hangar scene in particular because we had Kate screaming for Castle to let her go and then we cut to them outside and the music takes over. That scene was so much more touching and heart wrenching without any sound because you could feel her desperation and grief. It was simply beautiful to watch.

‘Knockout’had so many intense moments that I know we probably won’t get to all of them today, but there are a few of those that must be addressed. First, the talk. That particular scene was released as one of the sneak peeks so I knew it was coming. Like I said earlier, it’s great that everything is out there now. It seems that they have finally reached a point that they had to stop and ask themselves what the hell they are doing. Why do they keep running from each other and refusing to discuss whatever it is that is going on between them? I love that it was Kate that bated him to start talking and I love that he was pissed off enough to call her out on all her bull. He just told her exactly what she feared and she obviously reacted with anger and kicked him out. That was to be expected. Then she turned around and did the exact thing that he accused her of doing: she ran because she was afraid and the most important thing to take from this is that she was well aware of what she was doing, at least for me. 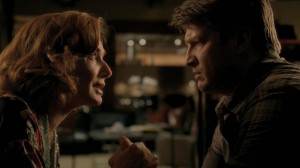 One of my favorite parts of the episode, however, was Castle’s conversation with his mom. We had never seen him so broken, so at a loss of what to do. He wanted to save her from herself, but he obviously had no idea how to knock some sense into her. Nathan Fillion was stellar in that scene and the emotion there was palpable. That was the one moment this season that it became clear that he truly loves her and he will do whatever it takes to protect her. My heart broke for him at that moment.

What was also heartbreaking was when the boys found out that Captain Montgomery was the third cop. Jon Huertas and Seamus Dever played the hell out of that scene and it was the best I have ever seen them on the show. In fact, the entire cast brought their A game the entire episode. Again, I must take a moment to talk about how ridiculously amazing Stana Katic’s acting was last night. She has been given some great material to work with this season, but ‘Knockdown’and ‘Knockout’were her finest hours. The scene when the Captain tells her to leave and Castle drags her away gave me chills. She was spectacular and I could feel her pain. 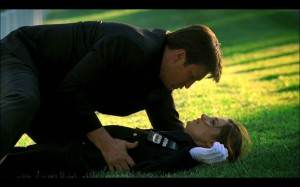 Then the funeral sequence intercalated with the moment that they all agree that no one will ever find out about what Captain Montgomery had done was probably one of the best scenes of the season. I admit I was a complete mess by then for so many reasons (she acknowledged that she wants him by her side, remember?) and was completely and utterly shocked when she was shot. Then the next thing I knew, Castle was trying to hold her and telling her to stay with him and that he loved her and then — just like that — it was over.

I will get into more detail about what the repercussions of that cliffhanger might be in the season 3 review later this week, but right now I can say, without a shadow of doubt, that whatever happens in season 4 will probably change the dynamics we are so used to.

I wish there was a grade a lot higher than A+ for this episode.

This is going to be a really long summer. 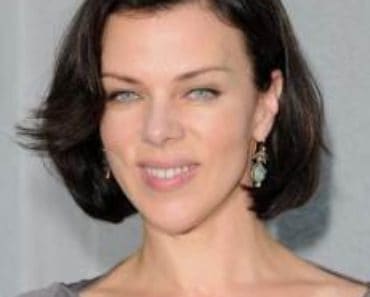 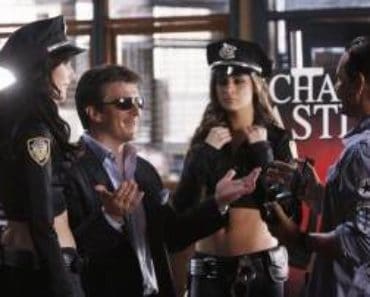 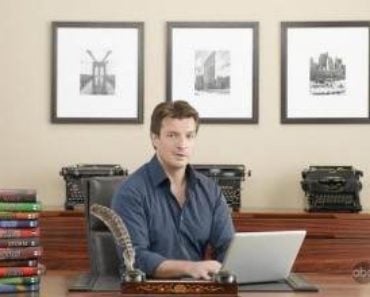